Cinnamons rolls are one of my absolute favorite sweet treats! These decadent delights are thought to have originated in Sweden and are also very popular in neighbouring Denmark where they’re known as “Kanelsnegl” – meaning “cinnamon snails”! Yep, that almost put me off them too. Almost. In reality, there’s very little that could make me say no to a sweet, fluffy, baked cinnamon roll!

In 1999, the Swedish Home Baking Council even created an international holiday dedicated to cinnamon rolls! International Cinnamon Roll day (or “kanelbullens dag”) occurs on October 4th each year and it’s a great excuse to whip up a tasty cinnamon roll recipe. But, hey, who needs an excuse?!

Cinnamon rolls in Sweden definitely aren’t as sweet or as heavy as in the US/Canada, but you can tailor your recipe to your own tastes from wherever you are! 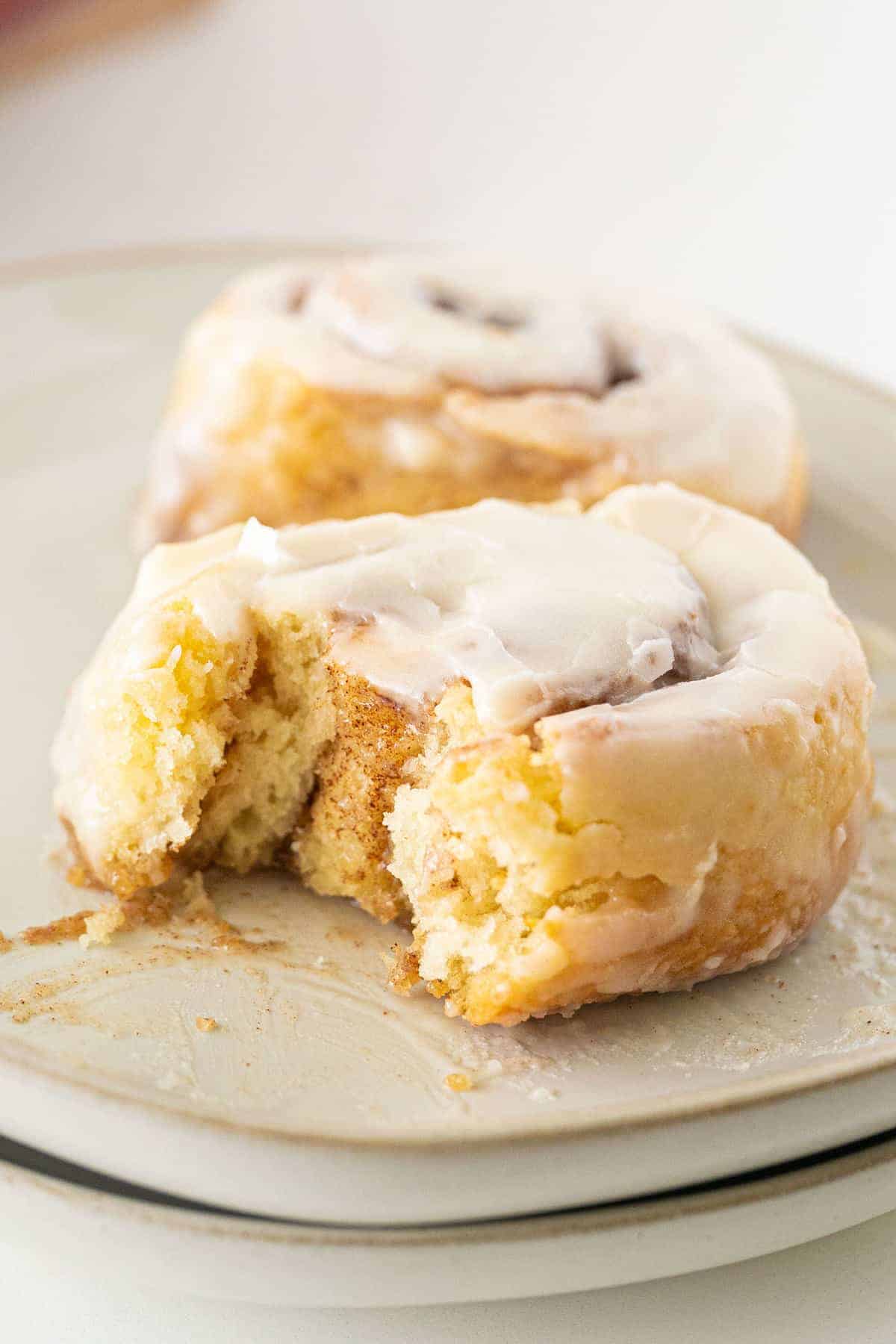 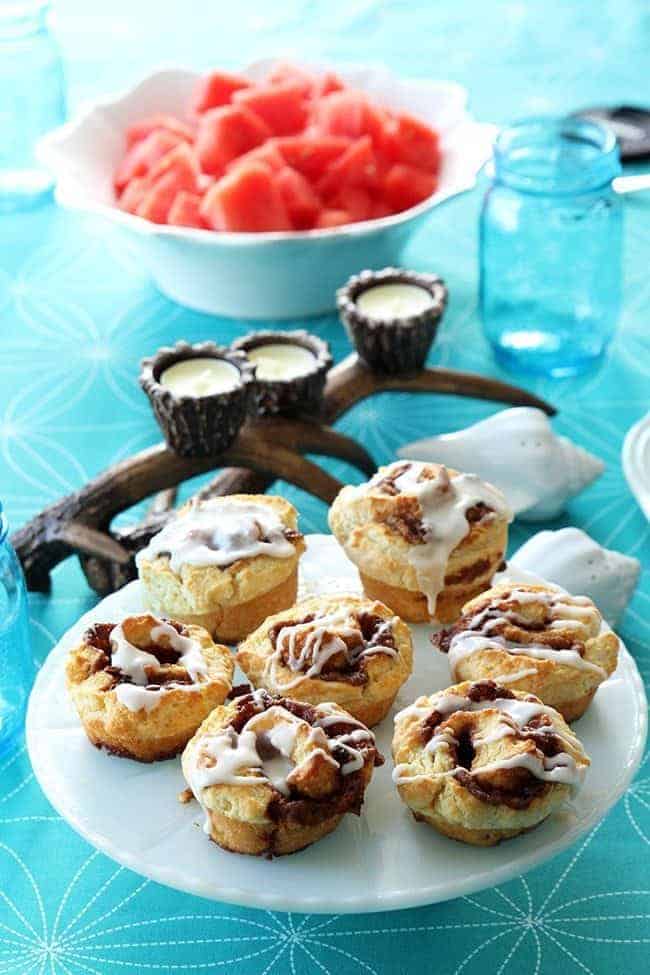 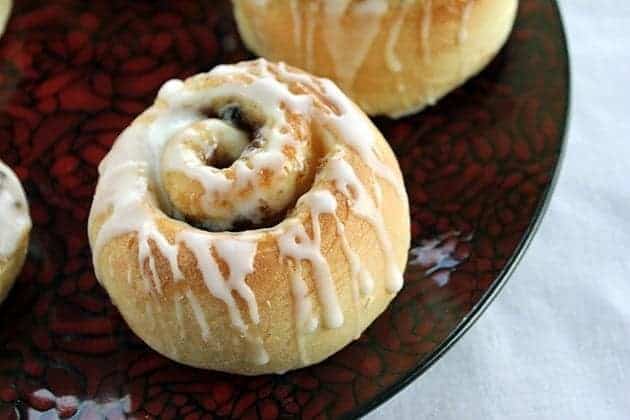 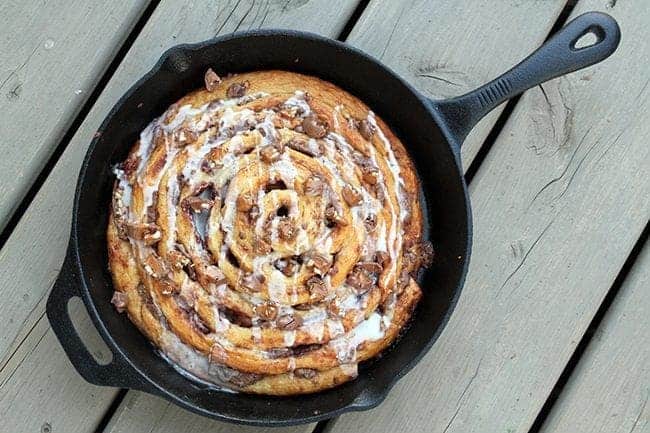 The easiest and simplest Basic Cinnamon Roll Recipe out there. 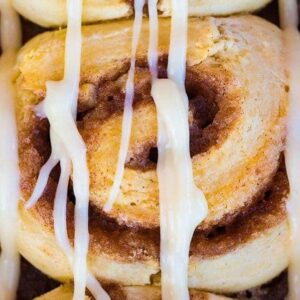 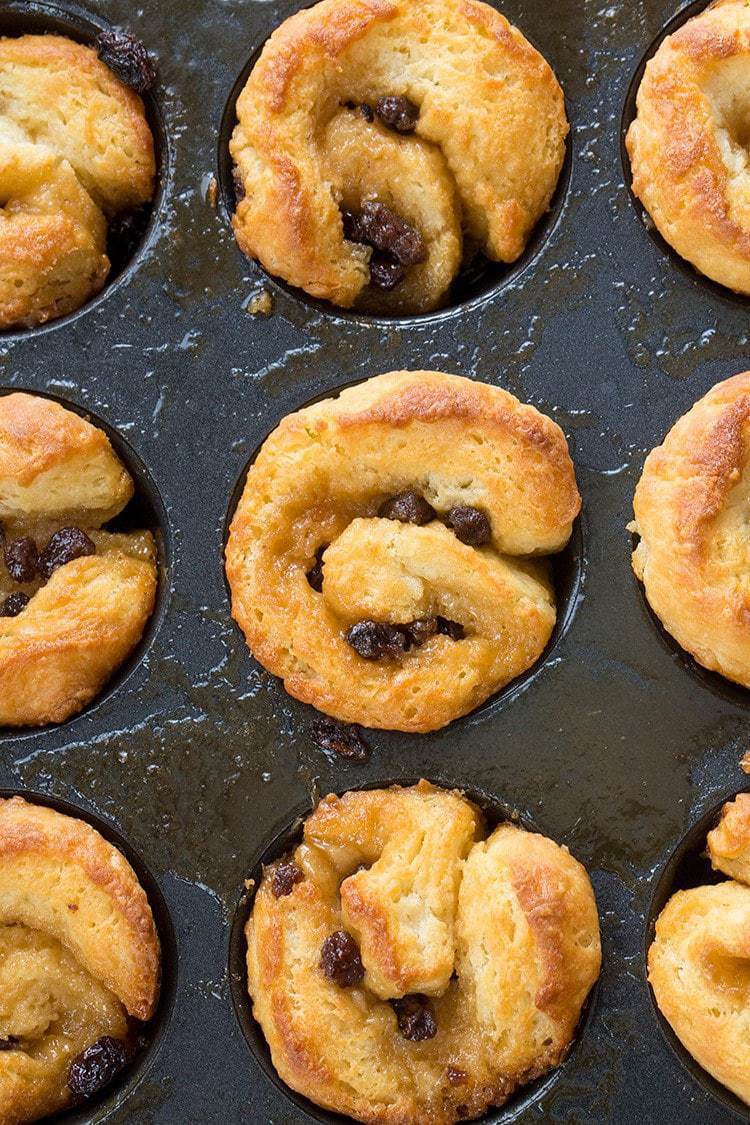 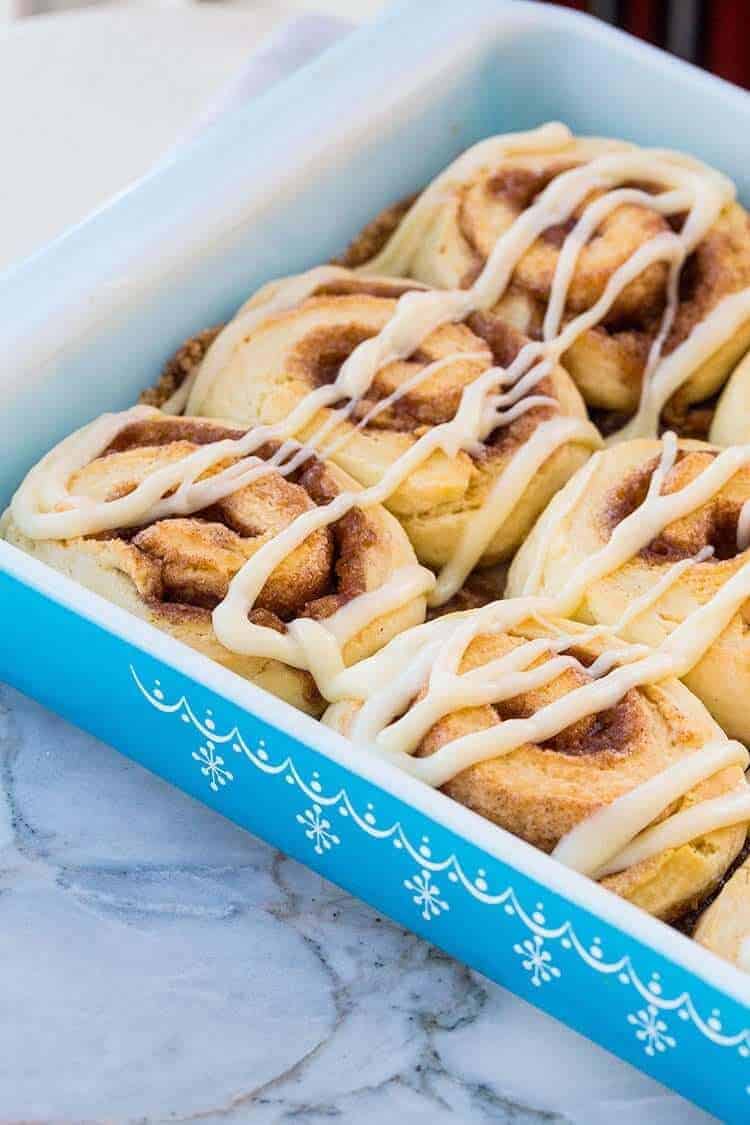 How to Make Fast & Fluffy No Rise Cinnamon Rolls

You can store your fresh cinnamon rolls for a couple of days by covering them with foil and storing them at room temp. Cinnamon rolls will last for another week if you cover them with foil/plastic wrap and refrigerate them. Alternatively, you can freeze them and they’ll last up to 6 weeks! 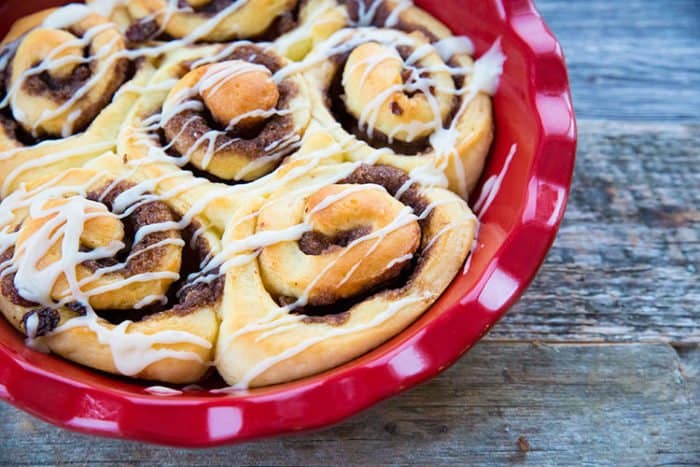 These cheater easy cinnamon buns have no yeast and are ready in a snap! Even the kids can help out and make these!

Cinnamon rolls can take some time to bake so it’s definitely worth knowing how to freeze them for later. There are actually a few ways to freeze cinnamon rolls depending on what works best for you, so I’m going to give you a quick run-through of each one.

After icing and baking

Before icing and baking

You can freeze cinnamon rolls, un-risen, in the pan, by covering them tightly with both plastic wrap and aluminum foil. When you’re ready to indulge, just remove the rolls, allow them to thaw and rise, then bake and frost as usual.

You can also flash freeze individual cinnamon rolls before you bake and frost. Place your cinnamon rolls on a cookie sheet, freeze them for around 30 minutes (or until they’re firm), then take the rolls off the cookie sheet and put them into a large freezer bag. When you’re ready to serve, just remove the number of rolls you require and set them in a baking pan. Cover and leave them out to thaw overnight, then bake and frost as per your recipe. 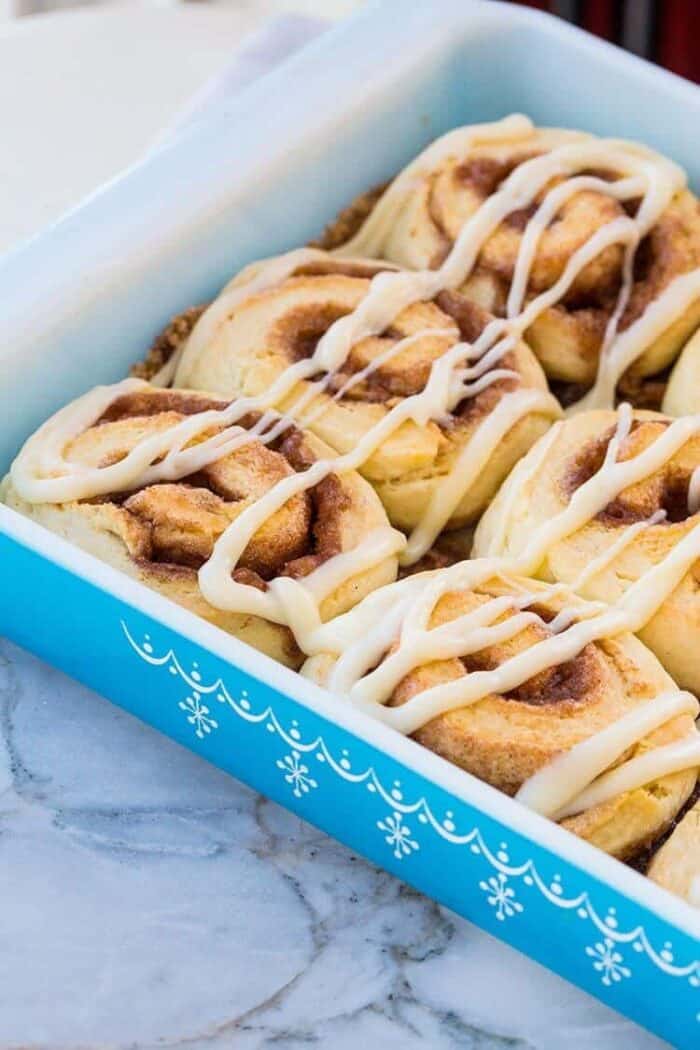 Below is a list of all of our cinnamon roll recipes. These include buns as well as rolls. We pride ourselves on providing only tried and tested recipes so please enjoy! 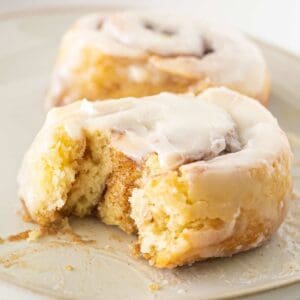 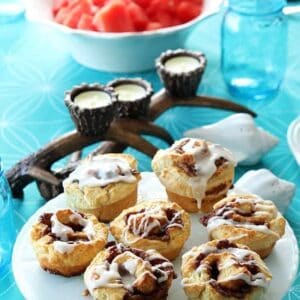 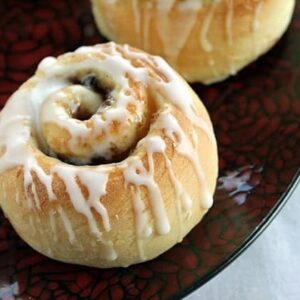 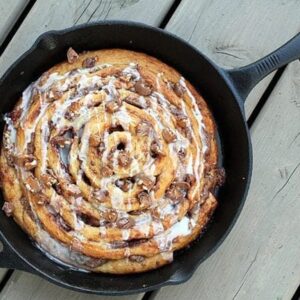 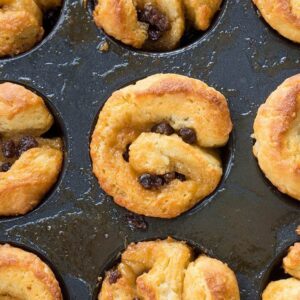 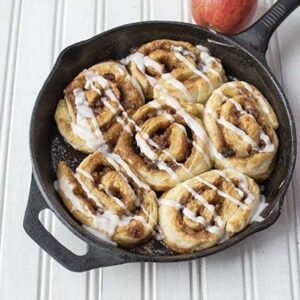 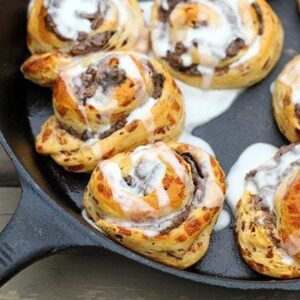 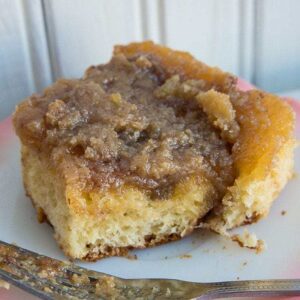 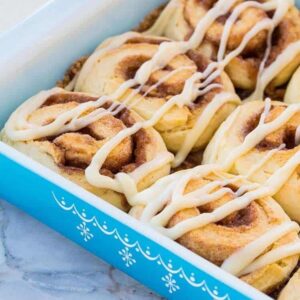 How to Make Fast & Fluffy No Rise Cinnamon Rolls 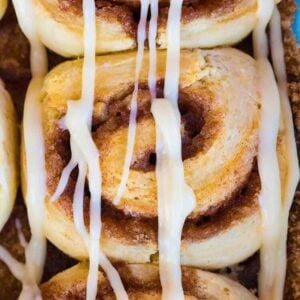 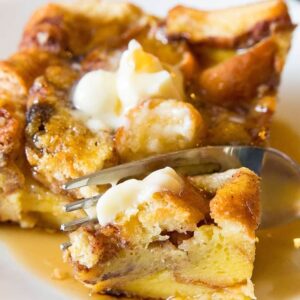 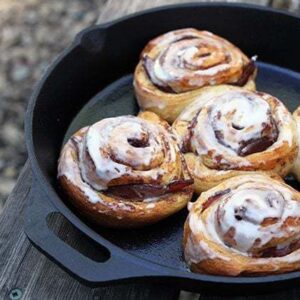