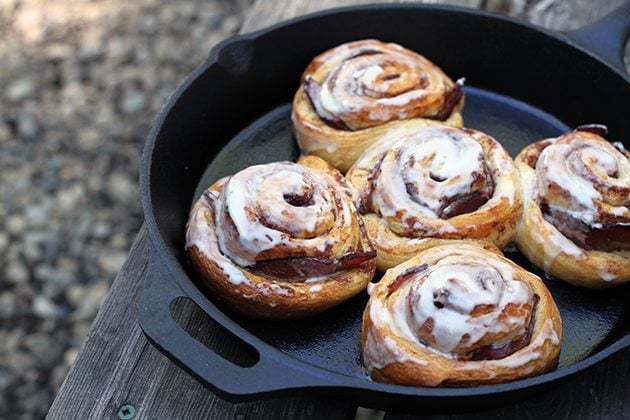 No need to check your eyesight folks, that's exactly what I wrote.

When I first heard of this concept via Pinterest of course, I knew that I had to take it one step further and add it to my list of camping recipes. The concept of these bacon stuffed cinnamon buns has been around for years, but it took getting me out camping to finally cave and make them.

Camping allows me to feel good about cheating when it comes to cooking and baking, where as the thought of Pillsbury cinnamon rolls in my actual kitchen makes me squeamish. There's a time and a place for pre-made doughs and that is camping, my friends! I have no qualms about popping open those little cans o' easy when I am outdoors!

You need a mere three items for this recipe.

Two things are going to help these cook properly and not be mushy thanks to the bacon inside preventing the dough from baking up.

First, cook your bacon until it's nicely done with a little bit of soft fat still remaining. 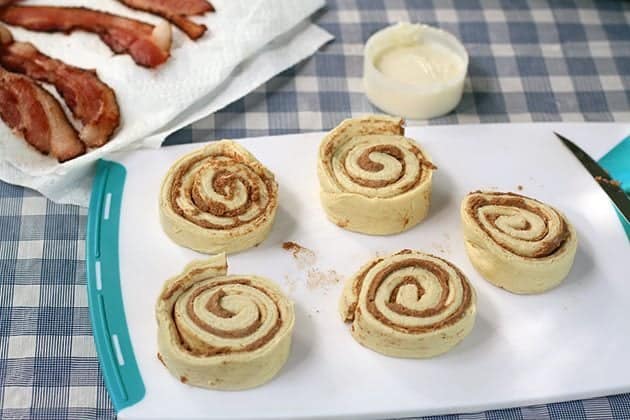 Peel apart each cinnamon bun just enough to lay that piece of bacon inside then roll it back up again, pinching the dough to seal it up. 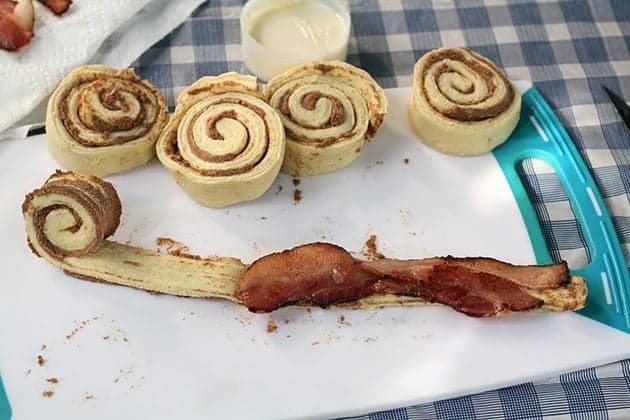 This is where I started to giggle a bit, like I usually do when a recipe has me feeling a tad naughty from all the calories and fat in it. 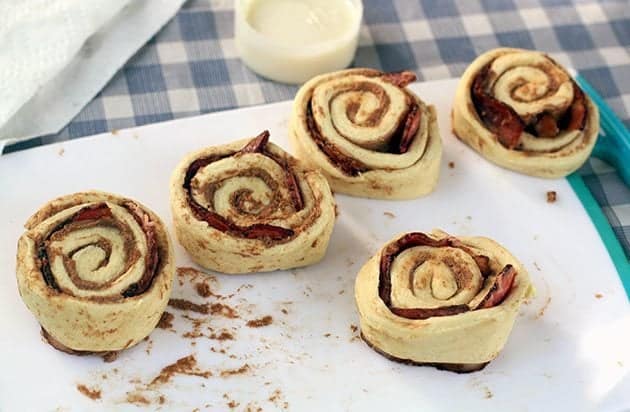 Place the buns in a well-seasoned skillet with room between them as shown below.

You have a few options here for camping cooking. If you have mad campfire skills – which I do not- you can place these over the campfire that has lovely coals in it and try your hand at that. Cover it in tinfoil to ensure that the heat is kept inside. You will have to watch the bottoms like a hawk.

I cooked these on our BBQ out at the trailer and they turned out beautifully. Cook them uncovered in the middle grill, in a closed BBQ with the heat turned off in the middle grill and with gas active on the sides only. This saves the bottom from being burnt.

You can also use any stove you have in your trailer.

For cooking, if you have a method of measuring the temperature, you want around 400 degrees.  Bake them for 15-18 minutes until they are golden brown on top and baked through. 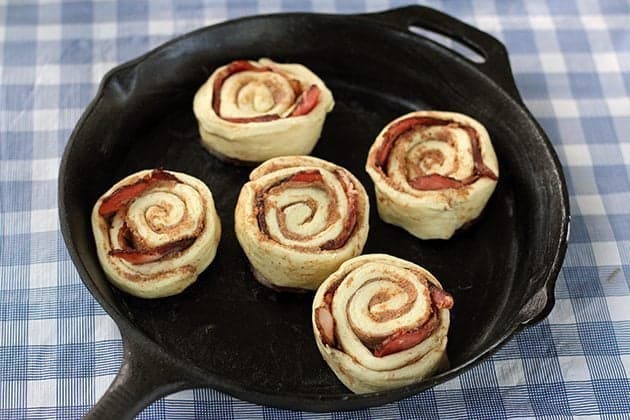 When they are done take the icing that they come with and seal the delicious deal by slathering it on top of the cinnamon buns.

There are so many more camping recipes coming this summer, I can't wait to share them all! I am so fortunate that I am able to share these with you, that I am lucky enough to be spending a large part of the summer out at the lake.

How was your weekend, speaking of the lake? We were rained on galore, add in some wind and whitecaps and there was no fishing to be found, sadly. However we did have a great time playing with the kids, visiting and taking long walks, so it made up for the dismal weather.

Thanks for stopping by as always! Hope you enjoy the recipe! 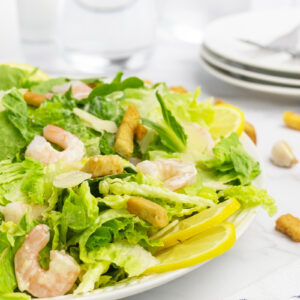 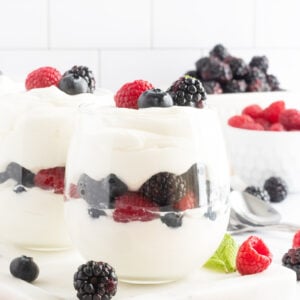