What is There for Kids To Do on Cruise Ships? 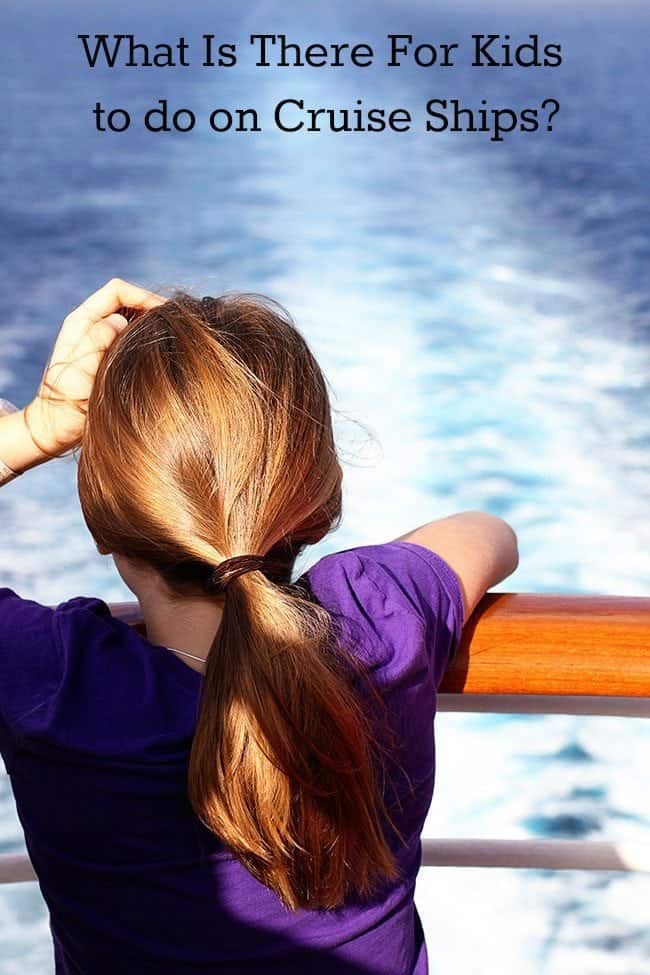 While we still aren’t quite home yet, I’m getting back into business and catching up on all my travel posts! Recently a  friend of mine asked me a question after I posted What It’s Really Like to Take a Transatlantic Cruise.

Hey Karlynn!! was wondering about the kidlets? Were there activities happening on the he ship periodically? Madie would be bored after the first day.

How are you going to entertain your child on a cruise?

You Don’t Have To.

Four of the most glorious words uttered in the human language when it relates to parenting our children. Actually, that phrase rings true to its heavenly sound with most things in life.

There are so many things to do aboard a cruise ship – even with kids – that even if you take a two-week cruise like we did, you’re not going to be bored.

First, you have to sign them up for the shipboard Kids Club. It’s called different things on each ship, but in essence they are all the same. There are wonderful kids club rooms (ages vary by cruise line) that are filled with entertainment for the kids, both technological and old-fashioned. (did I seriously just call board games old-fashioned?) The staff that work in these areas are generally very, very good.

Here’s a low down on the kids clubs between the three that my kids have enjoyed. 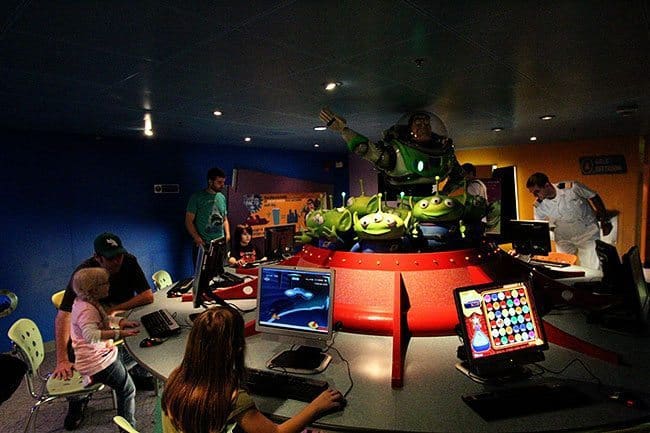 Disney Oceaneer Club: Fantastic programming. When my kids went, characters would come in to sing and dance with them. They baked cookies with Ratatouille, sang with Snow white and had a luau with Stitch. The one drawback is that kids who loved their electronics (AKA my son) would get hooked into the games (see the photo above) and miss out on all the activities. This kids club was open from early in the morning until late at night, with no breaks in time.

Royal Caribbean: The only fault to Royal Caribbean’s Kids Adventure Ocean Club is that it’s not open all day long. We found ourselves trying to plan around it, which sometimes worked and sometimes didn’t. However, they had a ton of different activities planned each day and didn’t let kids game their day away, which I loved. There was a small half hour time period at the beginning and the end where kids could game. The rest of the time they were expected to participate.

Cunard:   My daughter LOVED the Cunard staff more than any of the others. There was always someone to play board games with here, she says they were nicer than anyone else – those lovely British gals, just like us Canadians!- and we literally barely saw the kids the whole week. We ate dinner with them once in all seven days, as they wanted to quickly eat at the buffet and then head right back to kids club, while Mike and I preferred the sit down formal dinner in the evening. They saw shows in the theatre, walked around the ship on a tour and again, very little technology time. The only drawback was that they opened at 10 am, leaving my children about two hours of nag time. They couldn’t wait to head back every morning.

Second, there is so much more going on in the ship that you can’t even think of doing it all. Most ships have movie theaters (we just watched Home on the way back with Cunard) and though the movies aren’t the most current, they are still new enough to enjoy. Most ships also have stages now and you can see a variety of shows from musicals, comedians and more. The kids loved most of these as well – excepting the late night adult comedy that we attended by ourselves, of course.

Third, by taking them to the kids club it’s almost guaranteed that they are going to make friends. On each cruise that we have taken, our children have made friends with other kids at the clubs and then have proceeded to go swimming together, have dinner together and generally have best buds for the entirety of the cruise. This is always my favorite part. We have emails and mailing addresess from our two recent cruises for the kids for the new friends that they’ve made.

Fourth, there are more pools than you can shake a stick at. Generally there are at least two pools that kids can swim in, with one adult only pool. 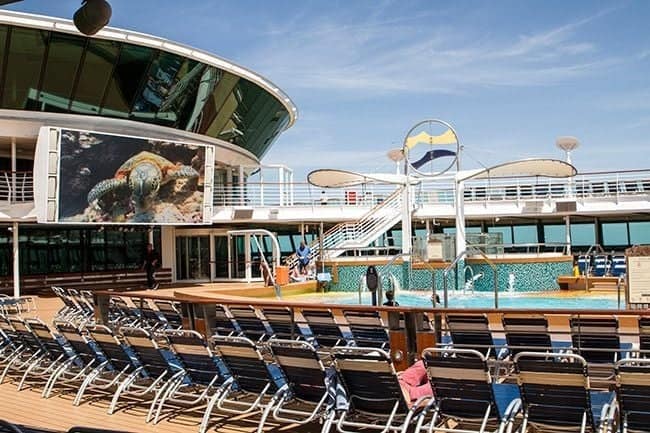 There is generally a large movie screen – absolutely a blast to watch movies on- and a ton of chairs.

And, the most important thing of all. 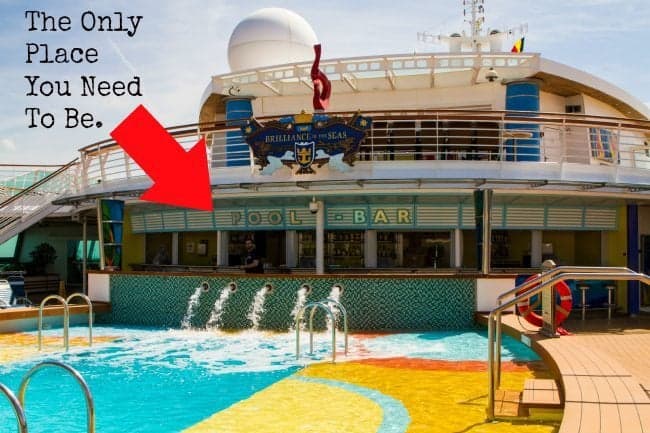 To end, while Disney will always have the first place in my heart, the other two cruise lines are both excellent choices for cruising with kids. Let’s face it, Disney cruises are a premium cost as well and now that I know what the other two cruise lines are like, the whole Disney experience might not win out over them all the time. I’m pretty frugal sometimes, with the amount of travel we do, you have to be!

What are your thoughts on the above cruise lines? Has anyone else ever cruised with them?

Love you more than cruising!