Chicken stock is basically the number one ingredient used in basically every recipe that contains liquid. Rich, flavorful, and super delicious, chicken stock adds tons of salty and umami flavors to anything you put in it.

There is, however, one small, continuous confusion that often occurs in written soup recipes; the confusion between chicken stock and chicken broth.

Strangely enough, recipes tend to use these two terms completely interchangeably, with no real information about what makes them different.

So, what is the difference between the two, and how do you choose between chicken stock versus chicken broth?

What is a Chicken Stock & What Is It Used For?

Chicken stock is by far the more common of the two options, with pretty much every single dish that needs some kind of liquid component containing it.

Considering its constant inclusion in recipes, it is a wonder that more people don’t make their own.

Stock is, briefly put, made up of animal bones and vegetables. Chicken stock, easily the most popular, is usually produced from the leftover bones after a roast chicken. These relatively inedible bones actually contain a massive amount of both flavor and gelatin, both of which have a place in soups and other recipes.

By boiling the bones with clean water, you can extract the nutrients and flavors from the bones and make chicken stock!

Vegetables, such as mirepoix, which is equal parts of celery, carrots, and onion are usually added for the purpose of both rounding out the flavor of the chicken stock, and for helping aid in the nutrient content.

The best way to make your own chicken stock is the first to use all the meat from a chicken, leaving behind the bones.

If the bones are uncooked, fry them in a little bit of oil to get them dark and flavorful, and then deglaze with enough water to completely cover it. Add in your mirepoix, plus any herbs you want to include.

The most traditional options include thyme, rosemary, and parsley, but anything works as long as you think it tastes good.

Start the water boiling slowly, to best extract the flavors and gelatin from the bones without driving off too many of the delicate aromas through overcooking.

After cooking from anywhere from three to six hours, strain and reserve, and you have made yourself some chicken stock!

What about chicken broth?

What is a Chicken Broth & What Is It Used For?

Chicken broth sounds like it should be basically the same thing, right? However, there is one pretty significant difference between broths and stock that makes it unique.

The key thing about broth is that, instead of being made from bones and vegetables, the brother only contains the meat of an animal.

The primary purpose of a broth isn’t to make it for use in a variety of other recipes, but to use it and drink it as its own thing.

Instead of looking to leech the marrow and other substances from the bones of the chicken, broths are all about creating a delicious and flavorful liquid to drink.

Chicken broth is commonly recommended as a way to treat colds or throat infections, or other illnesses where you can keep down solid foods.

For those looking for more protein, you can actually keep the boiled meat in the broth after breaking it into little strands, so as to make it a more complete meal. 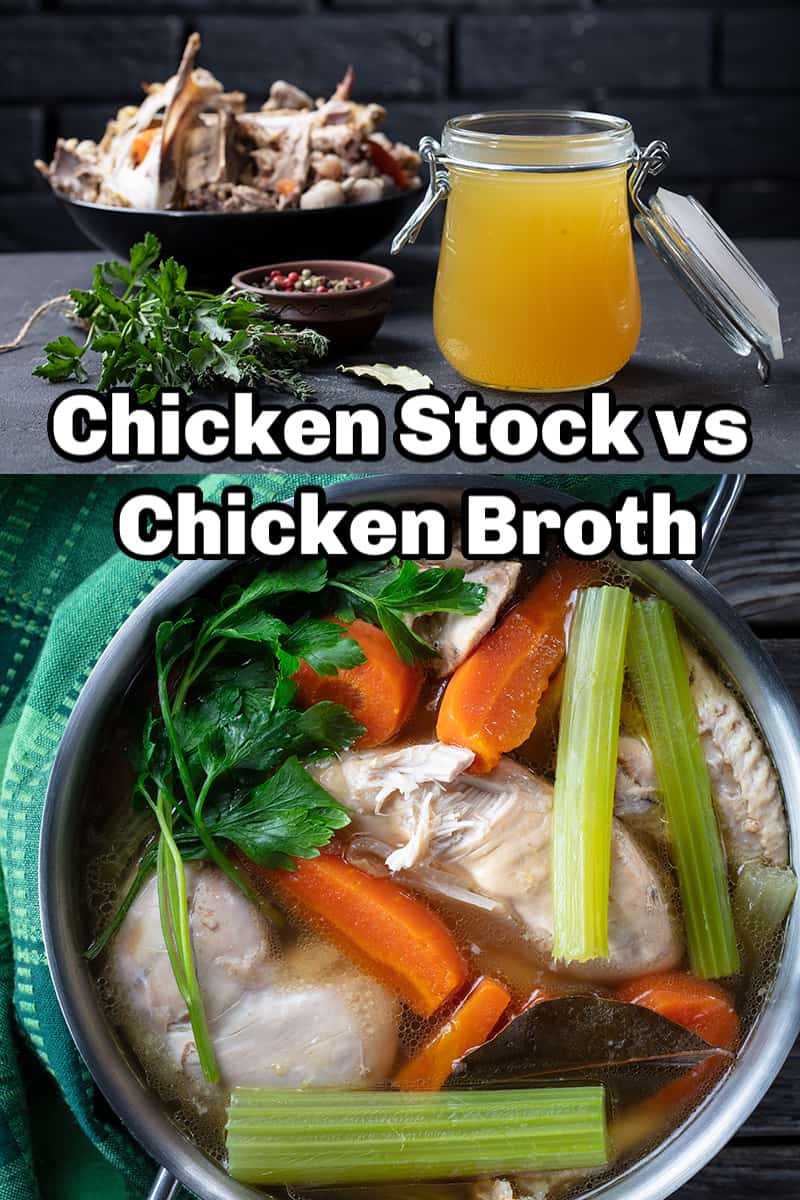