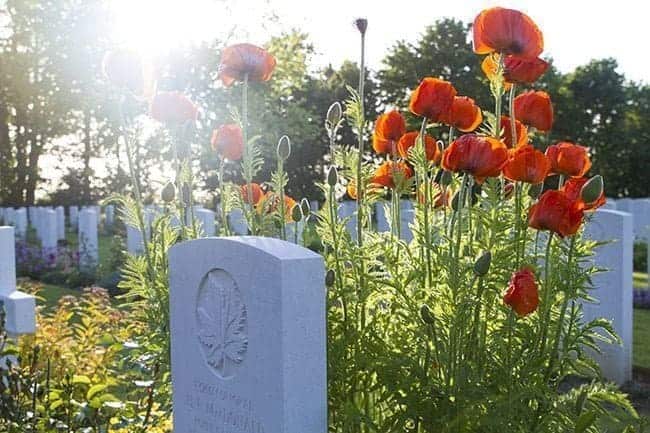 This November 10th, the eve of Remembrance Day, I’m going to take you all with me somewhere.

Let’s retrace the steps of our brave Canadian soldiers so many years ago, from the beaches of Normandy to where so many young Canadian men now lie over the ocean on foreign soil. Foreign soil that they helped free from the German forces, where you can see the love and respect that runs oh-so incredibly deep for Canadians reflected in the way that the French tend to our dead. The cemeteries that are well-kept and in order. The tours. Ceremonies. Statues of the Canadian hero’s in small towns in Normandy.

My Dad has often commented on how beloved Canadian are in many parts of Europe, thanks to the heroic efforts of our young men in World War 2, but I’ve come to realize after standing on the very soil that they fought on that it’s something that truly can’t be comprehended in its entirety, not even when you are right there.

This is Juno Beach, not only one of the most famous battles in any war, but also one of Canada’s greatest victories. In the D-Day assault that saw five beaches invaded, the Canadian infantry had pushed further inland than any other company. 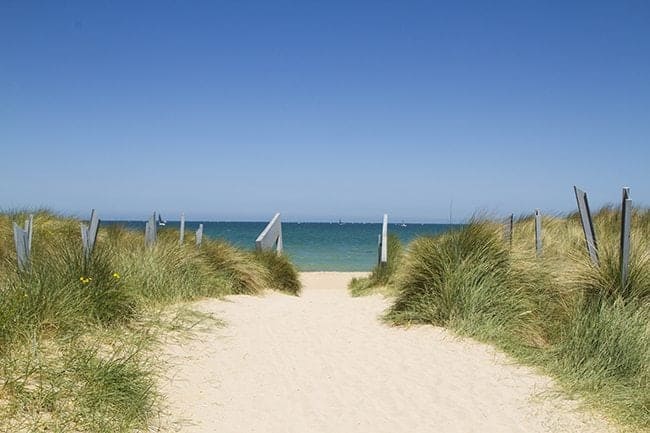 It seems so idyllic and peaceful, yet the reminders of what happened here remain, such as German bunkers still  standing in the sand dunes. 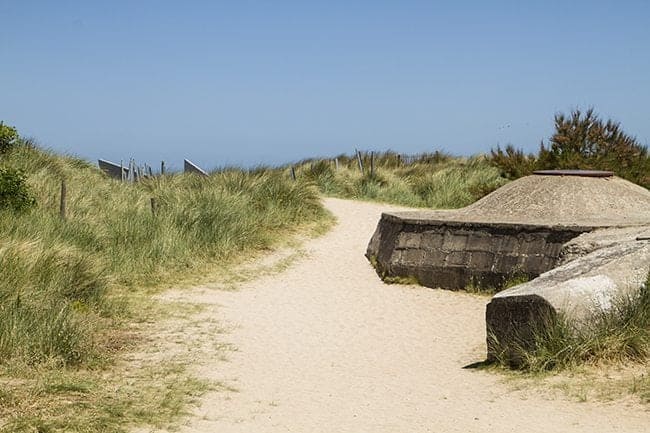 It was hard to fathom what happened on this beautiful beach. Hard to watch my kids standing at the ocean pondering what we had just learned in the Juno Beach Centre and wondering if they really understood the enormity of it all. 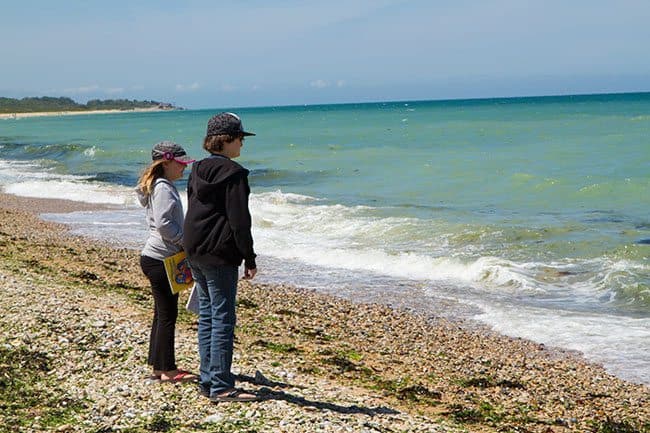 Hard to imagine what the world would be like if our Canadian troops had failed. 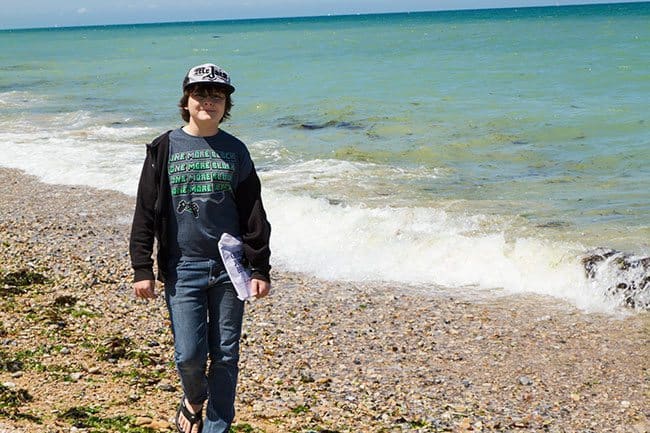 Completely by accident, we ended up at Juno Beach on the anniversary of D-Day, June 6th of this year, making it all the more real. There were ceremonies and wreaths galore, and many more visitors that usual. If you are ever in France, this is a place that every Canadian should visit at least once in their lifetime. 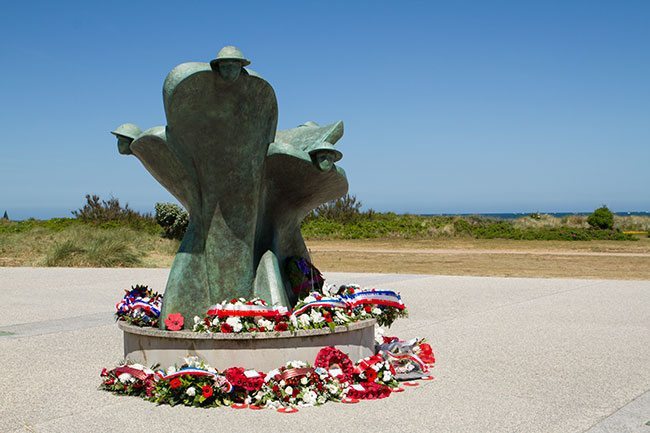 A short drive away from the beaches of Normandy lies Bény-sur-Mer Canadian War Cemetery, the next place that any Canadian that finds themselves in France needs  to go. 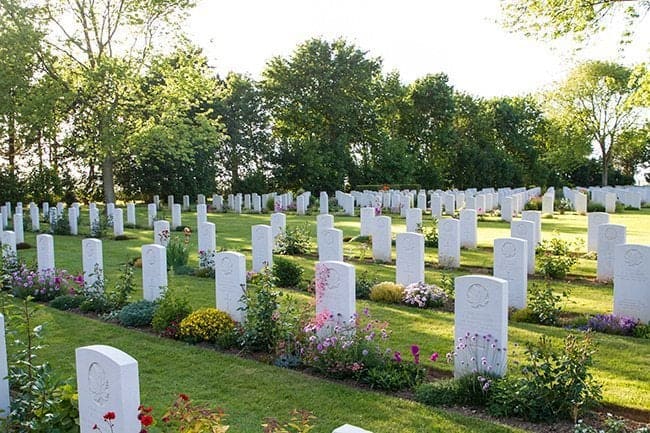 A total of 2,048 soldiers lie here and with the exception of one French and three British graves, these are all young Canadian men. 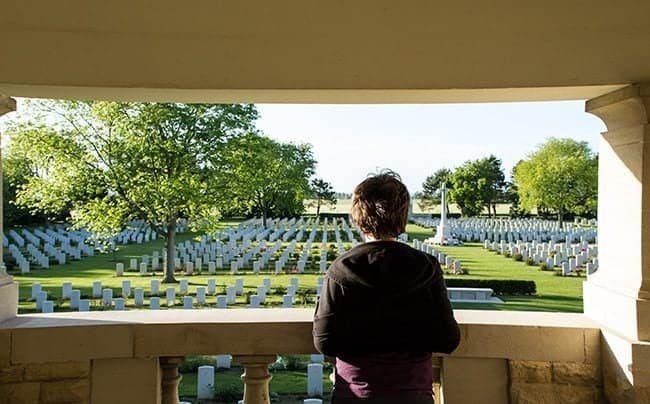 Let’s let the enormity of that number sink in.

Over two thousand graves of Canadian soldiers that gave their lives for us. 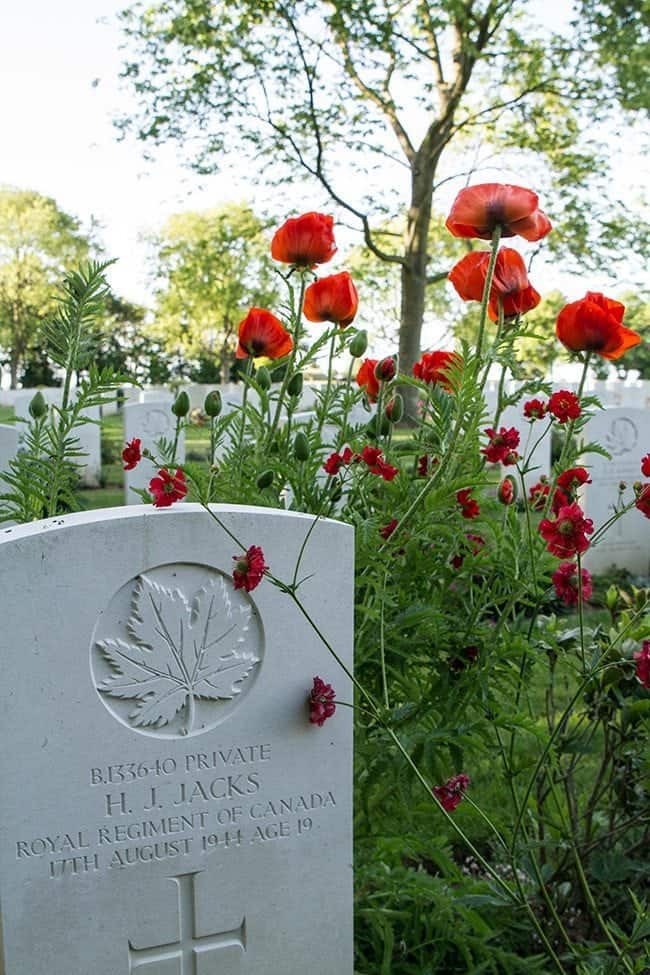 Two thousand graves that surround the Cross of Sacrifice in the middle of it all. 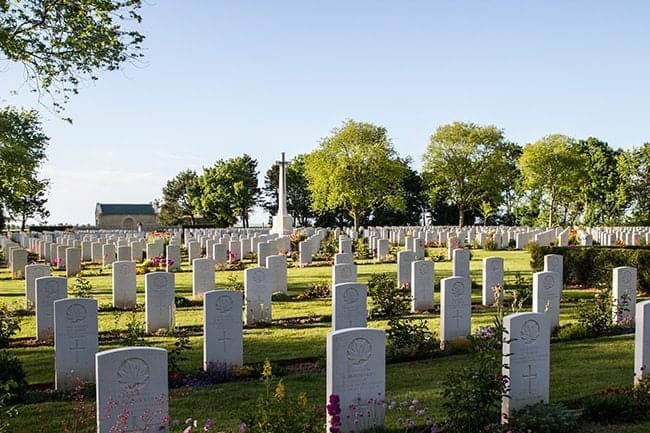 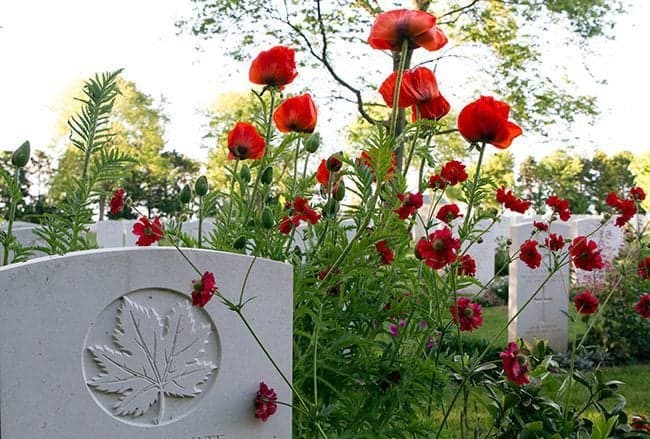 I can’t lie, I stood here and cried. I had tears in my eyes the entire time we were here. My family was lucky, all three of my great uncles that served came home. Mike Andreychuk was wounded and returned, with Mike Goran and Mike Bureyko returned safely as well. 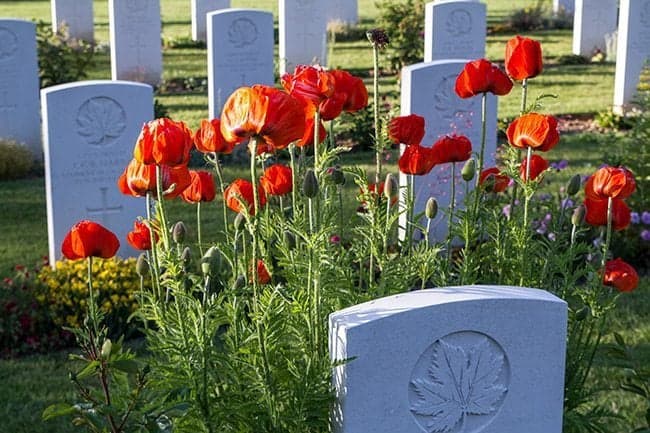 While the enormity of two thousand graves might have sunk in now, the actual number of Canadian killed in the entire Second World war is 45,000.

The total number of Canadian soldiers killed in combat is well over 100,000.

Let’s all make sure to take a moment today, tomorrow and every day in thanks for their sacrifice. Drop some extra donation money into the poppy containers. Attend a ceremony tomorrow or talk to your children about it. 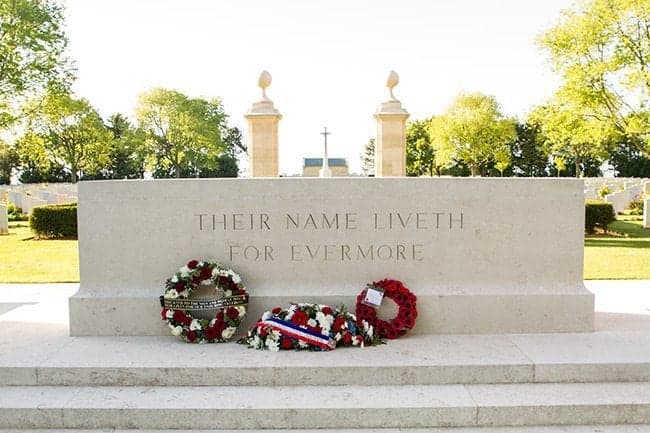 Whatever you may do, however you spend tomorrow, let’s make sure that we never forget.