Sunset, Northern Pike & The One That Got Away 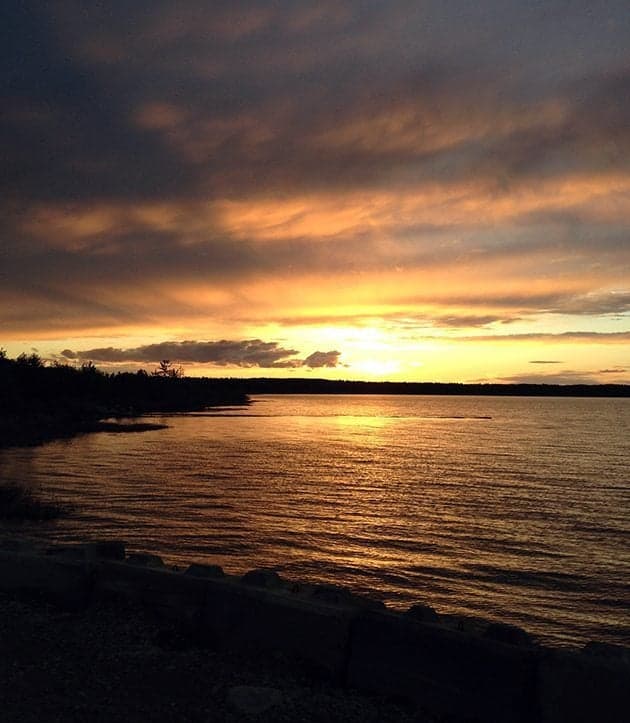 Saturday night saw my sister and I taking a stroll down to the boat launch at our campground, since apparently we hadn’t had enough exercise bush-whacking to find morels all day.

We paused for a moment to enjoy the glorious sunset, silent as we listened to the sounds of the lake echo across the water, reflecting on what a busy productive day it had been.

My sister broke the reflective silence by turning to me and saying: “You know, we still have about 40 minutes of light left to go and fish off the end of that dock”.

This would be one of the many reasons we get along so well.

The dock that you can see in the middle of the sunset above is partially underwater in the middle due to high water levels. However, water that swirls around your ankles on a slippery-as-the-devil wooden dock is no match for our persistence, or as the rest of the family would call it, our stubbornness. 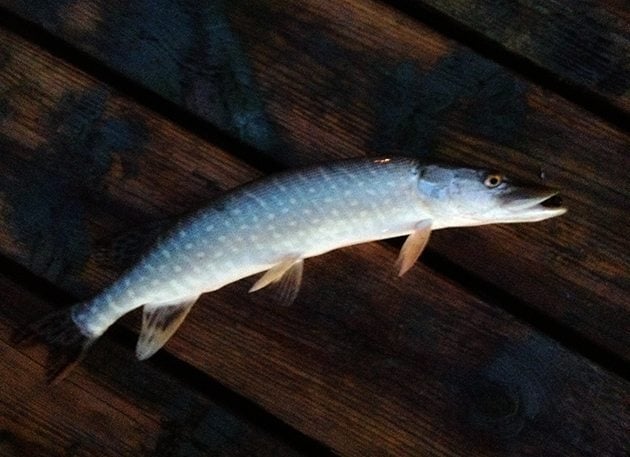 We were surprised to be rewarded with a flurry of aggressive hits with my sister finally sealing the deal on a wee Northern Pike. Even if there wasn’t a legal size limit, Baby Jack would have been heading home. 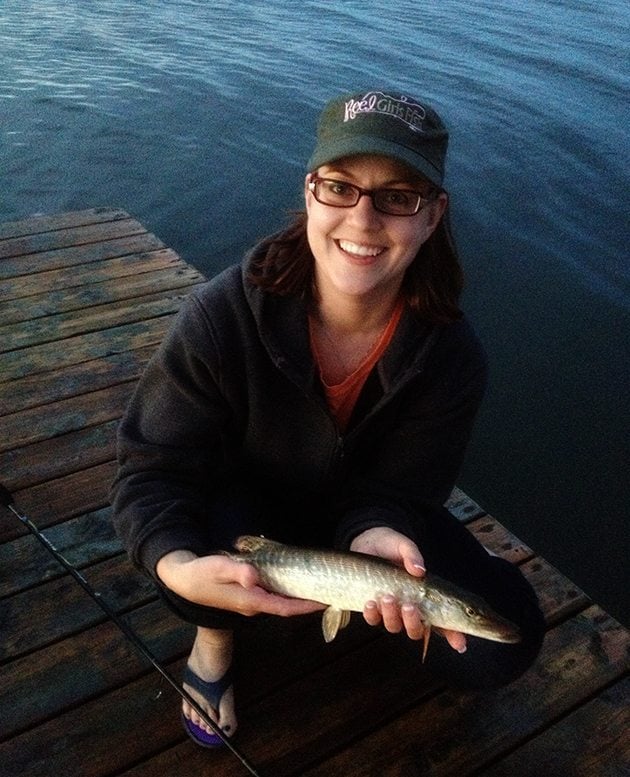 Then there was the Northern Pike that got away.

Isn’t that always the way it is with fisherman, tales of the one that got away? That’s because those lost fish torment us, the possibility of that-fish-that-could-have-been-landed eats at us, driving us near crazy.

I was in the middle of untangling my line and cursing loudly about every knot I encountered – I’m swearing off open-faced reels forever now- when my sister gave the shout for me to stand by and help her land something large and in charge.

I dropped my useless rod,called it a name that I won’t repeat here, gave it a kick for good measure and turned to grab the net.

The net that was still under the seats of our boat from our excursion earlier in the day.

It’s true, as every fisherman will tell you, that you tend to land the nicest fish when you aren’t prepared for it at all. When you are fishing solo and don’t have an extra pair of hands. When your line test is too light to combat the monster on the end of it or you don’t have a wire leader on it to deal with those sharp gator teeth that Northern Pike have. These are all classic examples of that twisted “fisherman’s” luck that we don’t really talk about.

Such as leaving your net in the boat like a rookie.

Oh, we tried to land that bad boy without a net, but the longer a fish is on the end of your line, the more likely it is that he’s going to throw that hook.

An acrobatic leap out of the water coupled with a few head thrashes had that pike throwing that hook out and we mournfully watched Sunday’s lunch disappear into the cold, dark depths of the lake with a disdainful flick of his powerful tail.

There went the one that got away and seeing how the action also only lasted a magical 20 minutes that large pike was the last hit we had that night.

Tales such as these only feed the need to get back out to the lake, to fish, to fight and to triumph this time. The bitter sting of losing   a gorgeous fish can only be soothed by a successful landing of another such fish, the only balm to your pride that will suffice in any way.

On a positive note, at least it wasn’t me who lost it!

Do YOU have any fishing tales about the “one that got away?” Every fisherman has them, it’s just sometimes too painful to talk about!

Thanks for stopping in and reading my tall fishin’ tales today!