Random Thoughts on London, England. And Beheadings. And Colds. 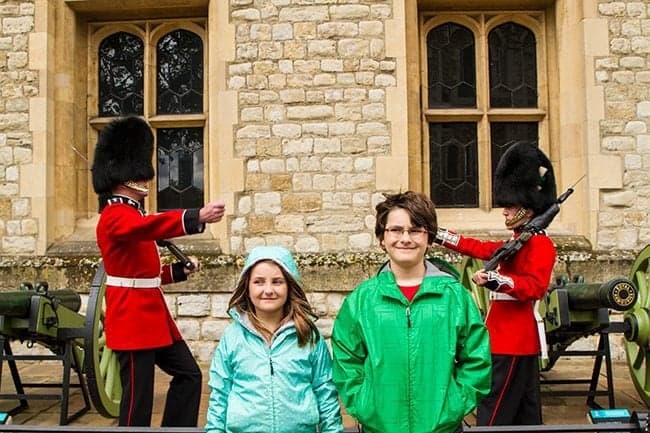 This actually started out as a Facebook post and then grew in length to the point where I figured that I should be including some pictures and move the entire thing to my website.I know, I know, I am behind on posts. That’s what happens when I take two whole weeks off and hop onto a cruise ship and disconnect for a while.

I have so much to write about, the aforementioned transatlantic cruise, the ports that we visited, the Blarney castle visit, the list goes on and on. To be truthful however, we have been busy trying to cram in as much of London as we can since we were only there three short days.

My Facebook post was just a random sum up of the thoughts swirling around in my head about visiting London. The first one being that I can’t believe how expensive things are. The Canadian dollar does not do well when compared to the pound, so everything we are buying is literally twice the price.

Twenty-five dollar hamburgers and twelve dollar hotdogs. Afternoon tea? Oh my word, don’t ask please. I thought that Switzerland was bad last year (and it is one of the most expensive places to travel to) but their currency is the Euro, not the pound. My Harry Potter coffee mug for a souvenir?

Yah, I might have that coffee cup gilded in gold when I get home, if I wasn’t going to be broke from being in London for three days.

Speaking of which, however, the Making of Harry Potter Studio tour (more to come later on that) is seriously the most amazing thing I have ever done. If you are a Harry Potter fan, I’d say that a trip to London should be on your bucket list. 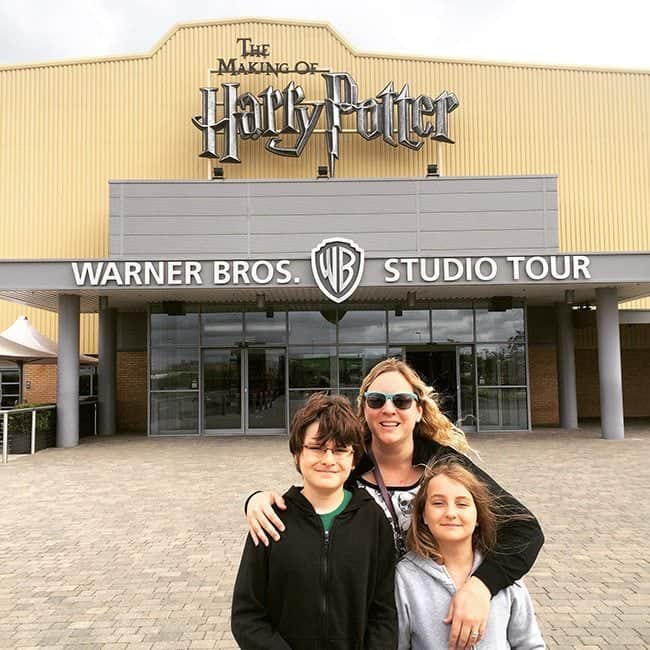 Just standing in the original Great Hall of Hogwarts from the movies was one of the most amazing things I’ve done. Forget the birth of my children, this is a moment here folks. 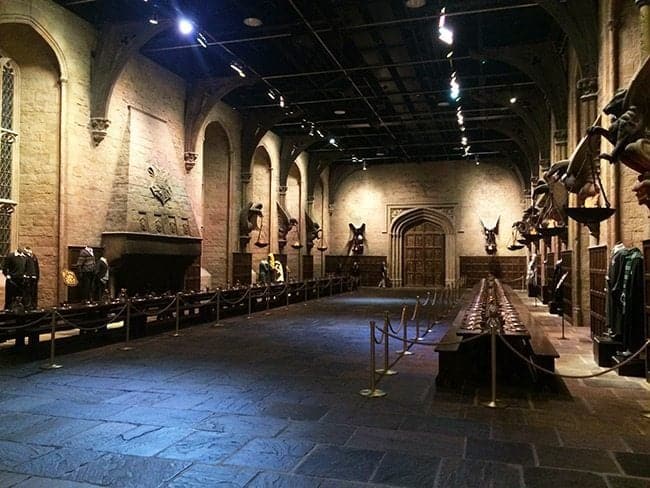 There were too many museums to visit so we chose the British museum, home of the Rosetta Stone and the most gorgeous Egyptian artifacts. My twelve-year-old self would have loved this museum. I am still fascinated with everything Egyptian so I adored everything here.

The museums (most) are free! 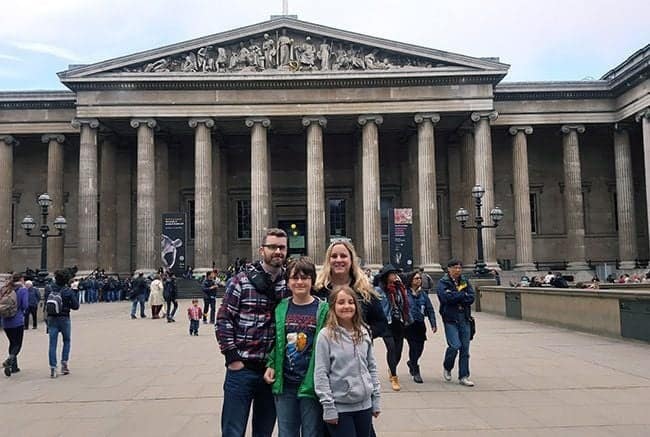 My friend Liane reminded me to check out the Borough Market, a famous under–the-railway market that is bursting to the brim with every sort of food vendor you can imagine. Curries, charcuterie,parties, too many things to name, I fell in love at first sight. 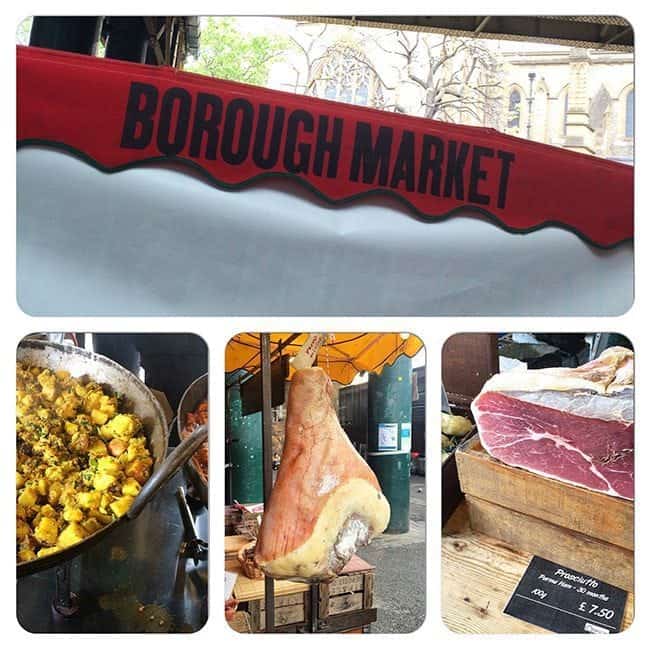 To come to a place where I have avidly read about since I was a teenager has been very dream fulfilling. Sure I can’t visit everywhere that I read about (especially since I devour books as fast as lightning) but there is a special place in my literary love for English history novels. My literary love of English history started even BEFORE Phillipa Gregory books. The very first book I read as a teenager that delved into the time period around Henry the 8th was The Ivy Crown, a book that hardly anyone I know has read. The Other Boleyn girl and subsequent novels just fueled the fire to visit here. 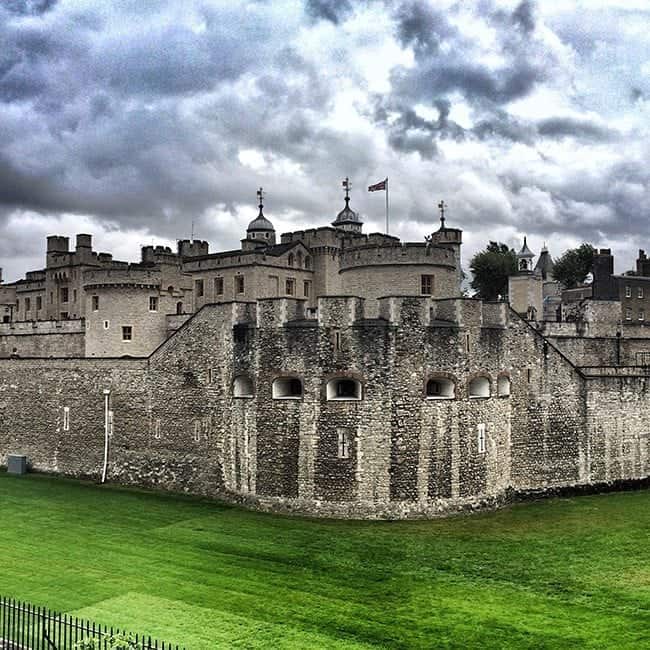 The Tower of London was simply spectacular, there are no other words for it. Seeing the rooms where the Princes in the Tower disappeared from literally sent shivers down my spine.

What was really awesome was the crash course in torture and beheadings the kids got that afternoon. See that kids book that my daughter is holding? She’s in love. Beheadings (cartoons) and mystery, drama and murder? Oh my. You are welcome for sheltering you all these years and them BAM! Mama brings you to the Tower of London. 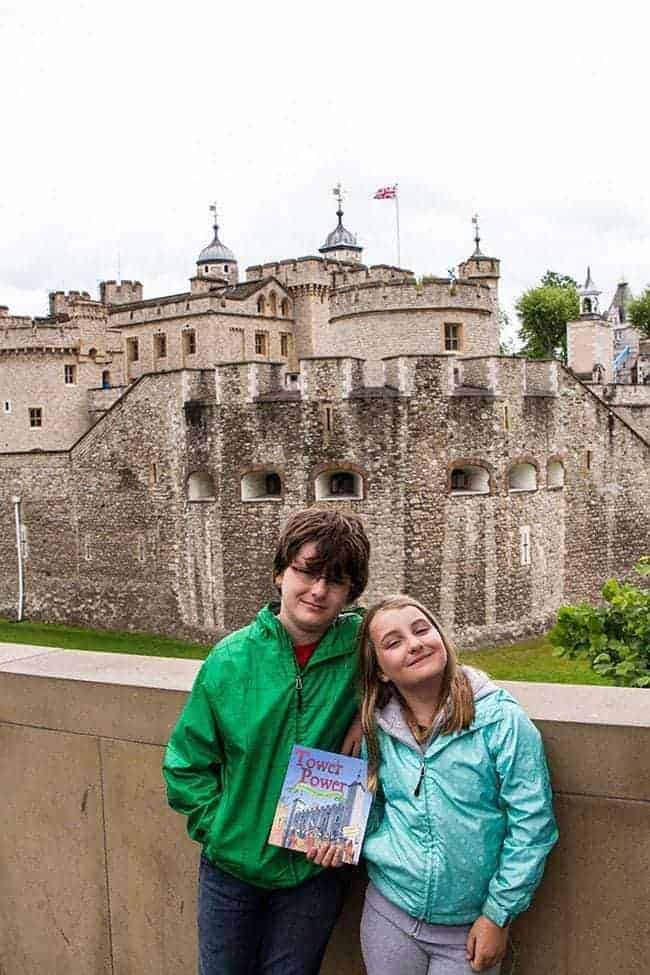 We are now in the city of Karlsruhe, Germany for Mike to get some work done with his clients. I’m not really going to be out and about, but instead spending the day tomorrow catching the kids up on their homeschooling. Then we are off to Amsterdam for a week, which I am really looking forward to.

While the travelling has been fun, it’s also really wearing as well. The kids managed to catch a cold a couple of days before the cruise was over (we actually missed our Bruges port they had such bad, croupy coughs) and now Mike and I are sniffling and snuffling as well.

Here’s the sickies in bed on the cruise. They were so worn out that Mike and I went and had breakfast, leaving them sleeping. We woke them up at 11 am when we returned to the room and treated them to breakfast in bed and TV. While it wasn’t Bruges, Belgium, I think a lazy, sick day was in order. 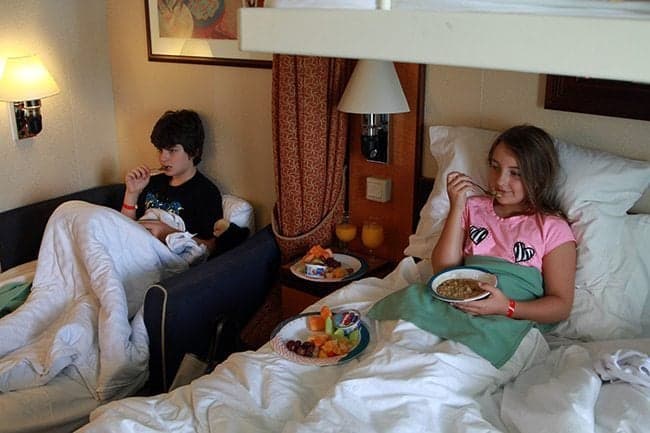 It doesn’t help that we tried to pack in a weeks worth of activities in London when we were there and that involved a lot of train travel as well. The last days of the cruise were the port days, and that had us on some very weird time changes. One day we would be an hour ahead because of the port we were in, the next day we would lose that hour. That type of travel never fails to wear me down and then you add in a couple of germy kids and it’s over. My first cold all year, if you can believe it.

So there won’t be much at all on the Germany visit, other than this photo of schnitzel and spaetzel that I just ate for dinner here: 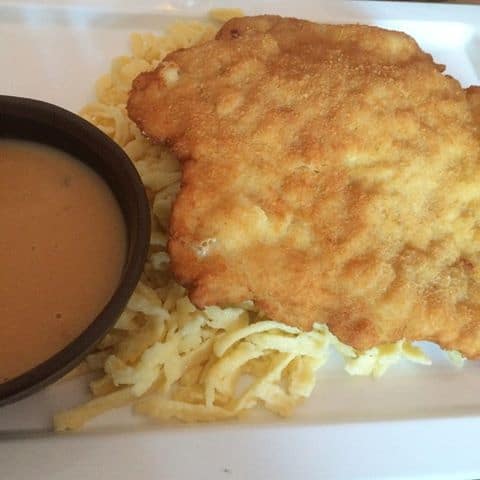 Yawn. Sorry, I’m without wit or wiles tonight. This cold has me completely knackered (I think that I picked up that saying in London. I like it.) and not only that, I’m girding myself for the homeschooling complaints tomorrow. Oh, I can just hear it now. Homeschooling on vacation is like pulling hen’s teeth while juggling broken wine glasses and walking on hot coals while someone pokes you in the eye with a scratchy twig.

It’s a good time, all around.

Here’s hoping you are well doing well! What’s everyone been up to lately?