Oregano’s Pizza in Phoenix, Arizona. AKA The Best Pizza I’ve Ever Eaten. 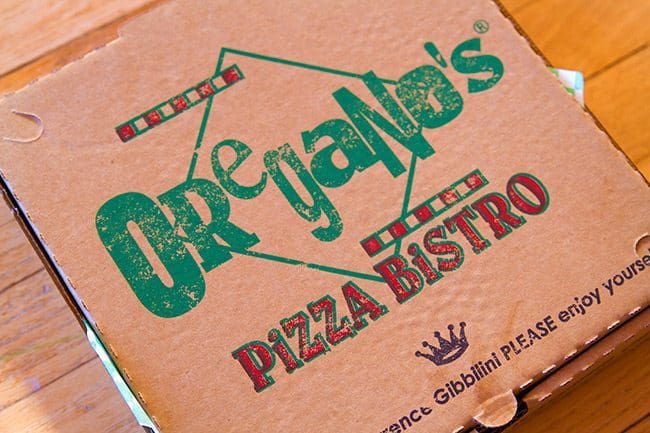 Just so that we start out on honest footing here you guys, I have a confession to make.

And it was awesome.

I won’t be eating lunch now, but it was worth every cheesy, amazing, leftover bite.

If you hang around with me on Facebook, you’ll know that I have been craving pizza massively ever since Baconhound started his newest Edmonton Food Odyssey to find the best pizza in Edmonton. I asked you all on Facebook and my reader Ida suggested Oregano’s, a favorite of her son’s when he was here in Phoenix.

I took one look at their deep dish pizza and knew that I had to try it.

With many locations scattered throughout the Phoenix area, we had our choices of where to go, but since the kids take rock climbing lessons in Scottsdale on Wednesdays we chose the location there. 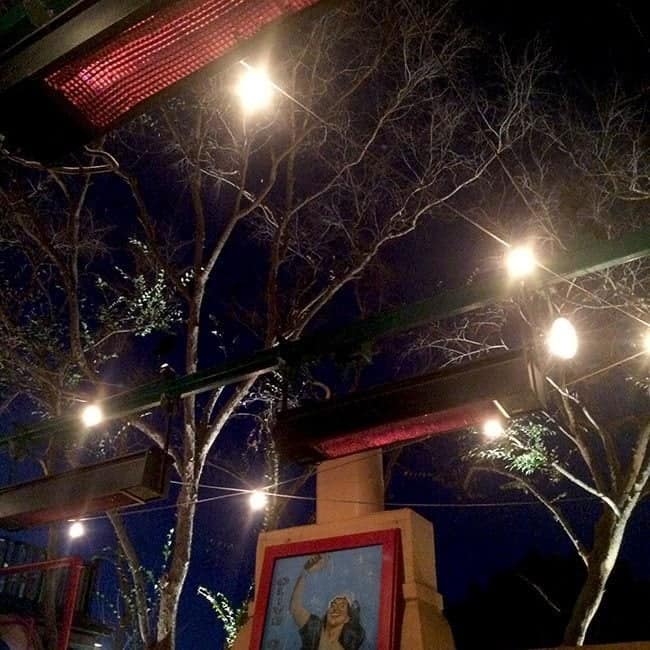 My pictures of the pizza were horrible and didn’t do it any justice, so here’s a picture of the delicious pizza cookie, topped with ice cream. This was perfect for a family of 4 to share at the end, everyone had about 5 bites each. 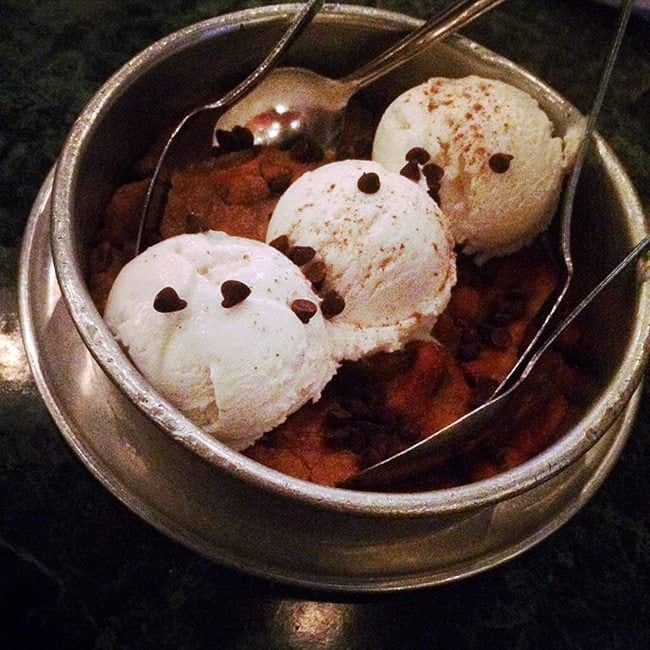 Now I know you’re asking; what about that pizza?

Well, because we wanted leftovers we ordered two large deep dish pizzas between us all. 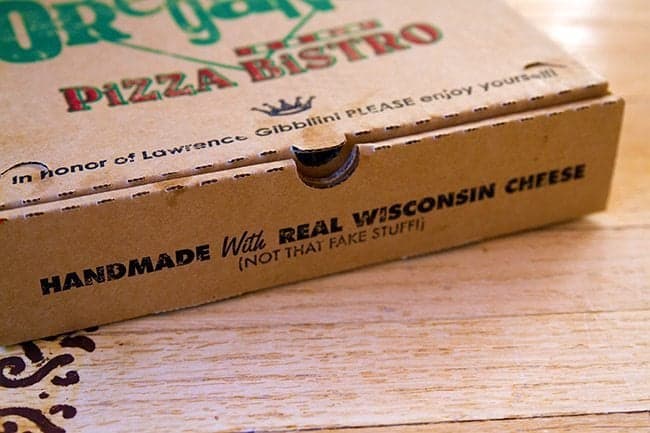 Lordy, do we have leftovers. This is ONE leftover pizza. A word of warning, two slices will fill you up. Three if you are starving. You will not be able to eat any more than that. 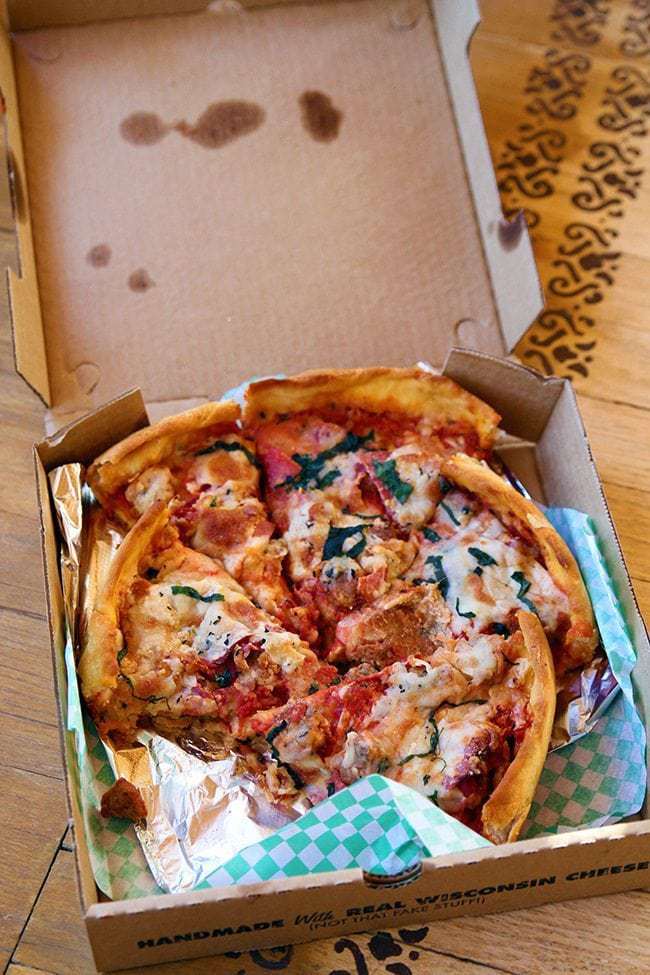 This is my breakfast. I ordered carmelized onions, as many mushrooms as possible and black olives. Did I mention that they put a pound of cheese on top of these babies? 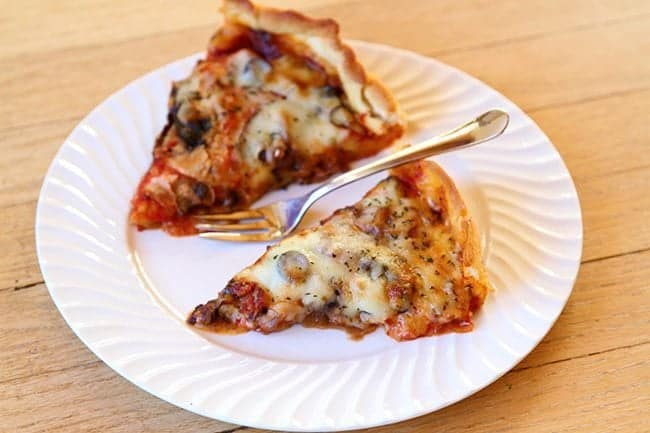 I was initially scared of the thick crust, because I am not a thick crust fan. What changed my mind?

That pound of cheese.

Oh my word I am so happy that I did. This pizza crust was the best I’ve ever had. The bottom is a buttery crust (if anyone can tell me how to achieve this, let me know. ..maybe brushing a butter and oil mix on the pan?) that literally crunched and flaked when you bit into it. I’ve never had pizza crust do that. Flake? What kind of pizza crust is a buttery flake on the bottom yet traditional bread texture in the middle? 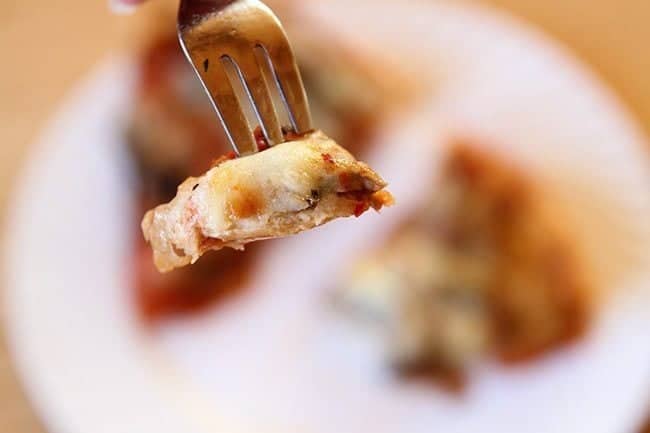 It was still amazing this morning, there were even places that still had that buttery outside crunch to it. This is literally the best leftover pizza I’ve ever eaten. Once the toppings cool, you can see that pound of cheese and all of the amazing toppings that certainly weren’t skimped on. 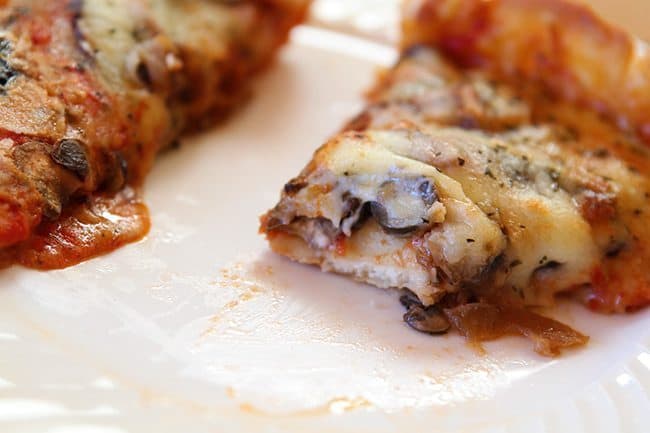 Since Phil and his wife are going to be visiting us in Phoenix in February, I know that we will be heading back to Oregano’s. If you recall, I’m not a big pizza fan, but apparently that’s because Edmonton doesn’t really have anything to compare to the States, that I know of. So now Phil can taste the pizza here and do all the eating work for us at home in Edmonton to find something close to this pizza masterpiece!

Have you eaten here? What did you think?