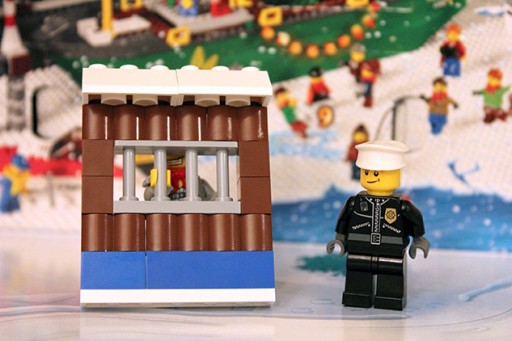 Well, all this countdown is doing is succeeding in stressing me out over how quickly time is passing. Four days in? Really? I lost an entire week last week thanks to being ill and then working the casino for the school fundraiser, by the time I flicked my bleary eyes kitchen-wards, it was Friday.

Then Saturday was spent at Ikea.

Today we found out the boy most likely has pneumonia and the kids both went to the kids Christmas party that Mike’s work throws every year. At West Edmonton Mall.

To start at the beginning,  Mr K has been sick for a week and a half now, in and out of school depending on how he was feeling. Thursday was a visit to the doctor with the assurances that he had only a minor ear infection.

Today Mike took him to the walk-in clinic and even though the Dr couldn’t hear anything in his chest, he was suspicious enough to send him for a chest x-ray, which showed either a severe bronchial infection or  bronchial pneumonia. I guess there is a difference. I guess the X-Rays looked scary enough for the Doc to medicate Mr K to the teeth, telling Mike that since he couldn’t say for sure whether it wasn’t pneumonia, he was going to load Mr K up on something that will get rid of either or.

The radiologist -who really is the person trained to read X-Rays to give you a definitive answer, not your family doctor, BTW-  might call us tomorrow to let us know anything else we might need to know once he looks at the x-rays. Not that it matters at this point, the fact that Me K’s chest x-ray looked that scary without many symptoms is enough to have me asking for the drugs.

And this would be exactly why they tell you to take your kids to the doctor if they have a lingering cough even though they appear to feel well!  He started getting a high fever continuously yesterday which had me all in a tither, so 9 am this morning he and Mike were at the Dr’s.

Nothing like mother’s instinct to save the day. And stress you out. And make you panic. 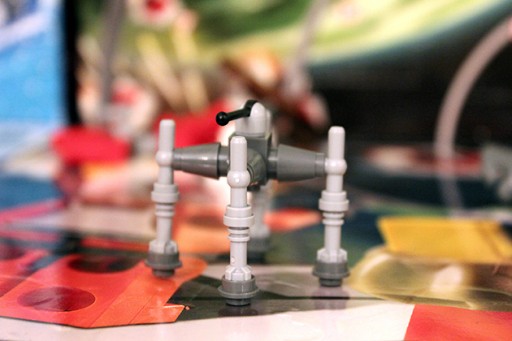 But he felt well enough to insist that he wanted to go to the party, so we went on over to West Edmonton Mall to the company Christmas party and load up on cookies, cupcakes, hotdogs and a present from Santa to boot! Then we walked the mall for an hour, bought a couple of things and headed on home.

Where his fever came back and he just snuggled on my lap – all long and tall 8 years of him- reading his new Wimpy Kid book.

Which leads me to my whining. Not about Mr K being sick, but the fact that all I managed to do this weekend was get Mike to clean the house. Ok, I helped and I did get groceries this morning as well but I didn’t do a stitch of my Christmas baking.

I’m so behind. Who wants to come over and do it for me?

I also have to bake a freakin’ pie. I, in my infinite wisdom, decided to have a Christmas party next Saturday night. Which is good and happy because to be honest, I have a Christmas problem. If I didn’t have one social event at our house to stress and fuss and carry on about, well, Christmas would just be dang ruined. Ruined, I tell you. Those stress endorphins are what keep my motor running until the new year.

I am literally obsessed with the idea of a pie table. I get that way, an idea latches into my head and it’s like an alien insect crawls up my nose and into my brain while I sleep, taking control of all my motor skills and directing my hands to type out those words The Great Pie Party on an invitation, while inside my mind is screaming what a bad idea this is and why won’t my hands stop typing? Why can’t someone see that my eyes are inky black due to this alien possession and bring out the nose probe to save me?

That’s right. You come on over and look into my eyes during December.

So I thought I would see what the concept is like this Saturday and told everyone to bring a pie or a food bank donation. Or better yet, both! The kids are going to decorate up a box for the food bank donations we collect and we’ll place it by the front door when people enter. To trip them.

But that means as hostess I have to bake a pie. I have narrowed it down to a pecan pie of some type, whether it’s chocolate or dulce de leche I am not sure. I am giving out prizes as well for the best and most innovative pies.

I don’t even have my Christmas baking done on schedule, and now I’ve gotta bake a pie.

I’ll talk to you tomorrow. Because I have to. Who’s idea was this daily advent post anyways? What dummy thought that up?