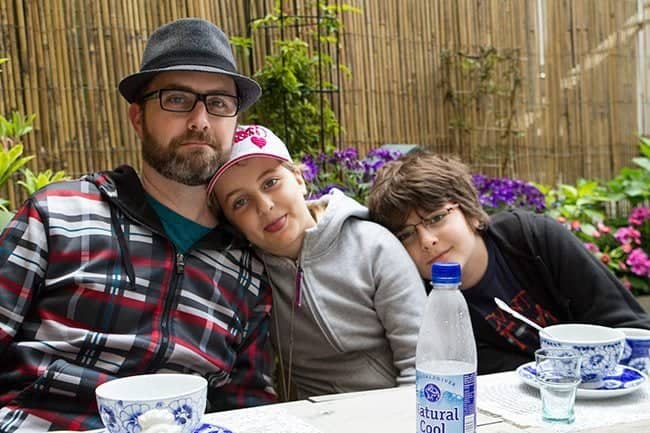 I desperately need to take a break from cookbook writing and think about something that doesn’t involve copious amounts of sugar and chocolate. It’s bad. I’m dreaming about my cookbook in my sleep now, puttering around my dream kitchen, writing recipes, thinking of photos and having a temper tantrum when something doesn’t work. Really though, when something doesn’t work for the fifth time, I’m entitled to a small temper moment.

I’m talking to you, rhubarb.

I would not be surprised if I woke up IN my kitchen during the witching hours of the night, putting a pie in the oven or worse yet, trying to burn down the house in the middle of the night by using the gas stove.

Great. Now I just gave myself something else to worry about, pyro sleep-walking Magpie. Sigh.

It’s hard to know where to start when tackling our big trip to Europe, so like any good blogger I’ll simply start with food.

One of the highlights of our trip was the Hungry Birds Food Tour in Amsterdam. When trying to get a handle on what the cuisine was in Amsterdam, I somehow landed on their Trip Advisor page.  Then I saw that they had the most glowing reviews that I have ever read about a food tour. Was it really that good?

It was. The tour took up the better part of a morning and was worth every penny. They warn you to come hungry and after reading all of the reviews, we didn’t eat a smidge that morning in preparation, and it’s a darn good thing we went starving. By the time the tour is done, you are filled to the gills with delicious delights.

While I am not going to reveal all of the secrets here, I’ll share a few highlights. Remember though that all of these stops may not be on the food tour you take with them as they change around the places on occasion.

Let’s start with the yogurt bar.

Say whaaaa? A what what? Yes, a yogurt bar, and I’m sad that we don’t have one in Edmonton. 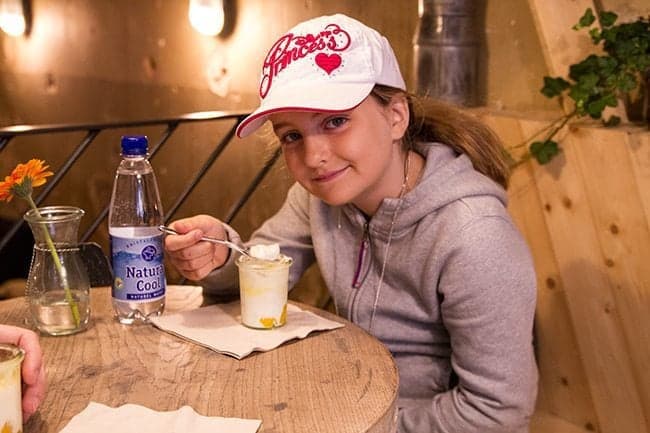 The kids of course, loved it. Our version had chocolate brownies, mango and walnuts and disappeared rapidly. 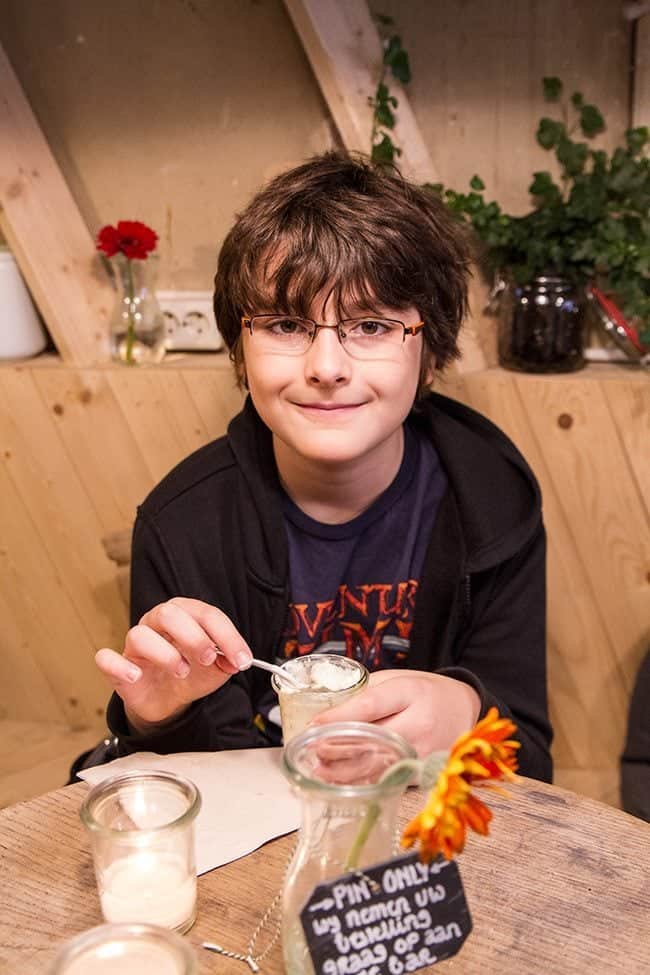 I mean, who knew that you could – and should- eat brownies on yogurt? 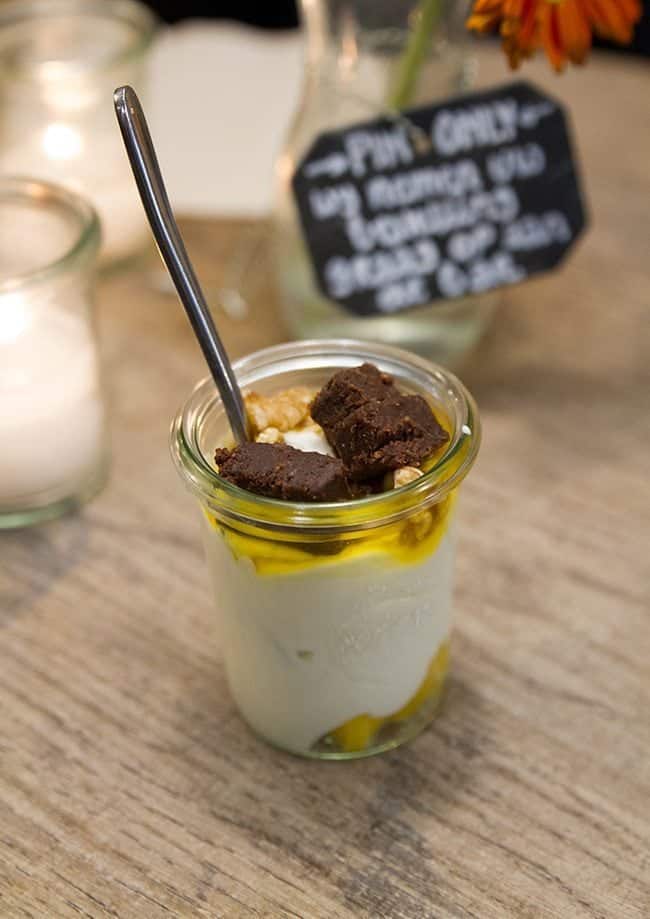 The tour was several hours long and wound its way through Amsterdam, taking you past gorgeous canals and scenery. Amsterdam is the most beautiful city I’ve ever been to, more than Paris. It’s cleaner, smaller and has the most wonderful vibe to it, not to mention that as a Pisces I love that there is water everywhere you look.

I want to live on a houseboat in Amsterdam, is that too much to ask? 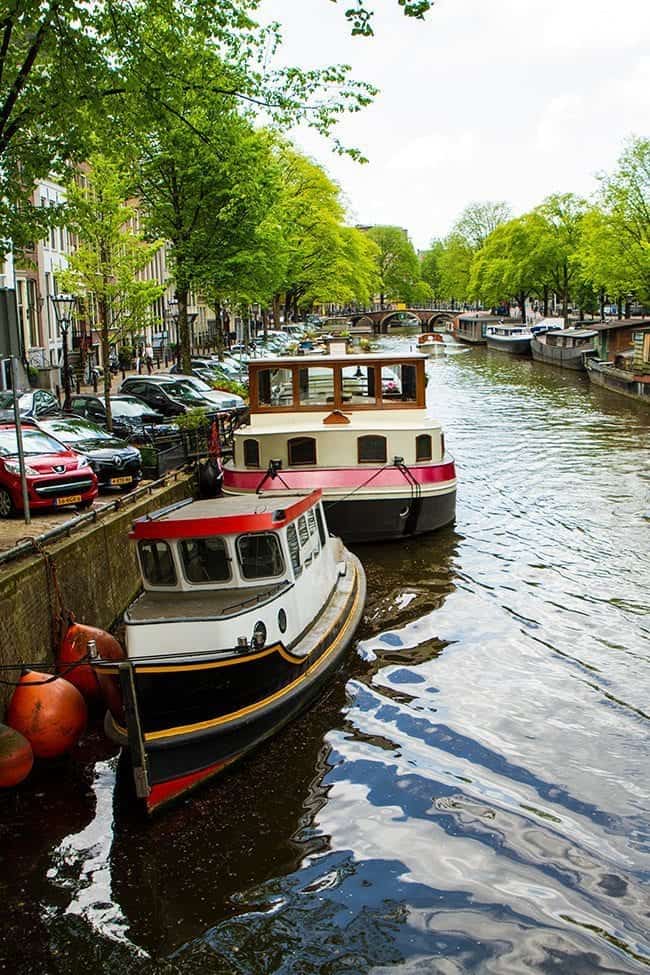 I am sure that most of you know that the Dutch are famous for their cheese. The gorgeous, lush green pastures of the Nederlands makes for amazing milk from pasture fed cows, which in turn leads to amazing cheese!

I bought a lot of cheese at this store. 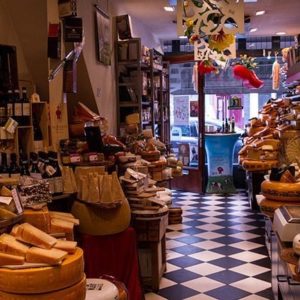 The highlight for everyone was the “hidden garden” on the tour. No really, the guys were happy, even though they look grouchy. Honestly, Mike IS smiling. You just can’t see it under his beard. 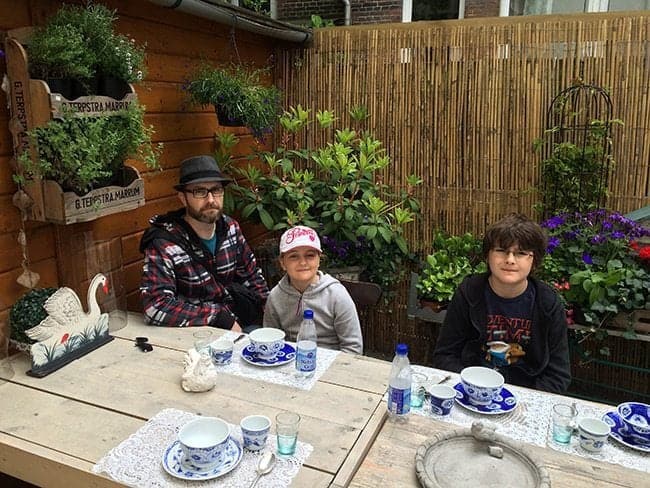 Tea and soup were served in the back garden, hidden from the eyes of the street. A shop owner and his wife simply love cooking for the guests of the tour and are a non-restaurant stop along the way. 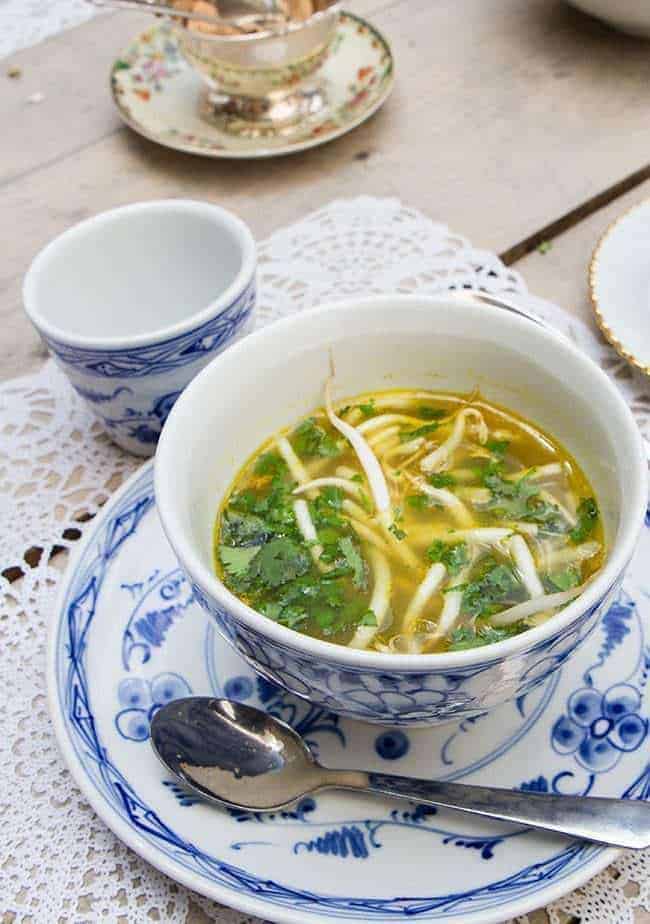 After walking for quite a while, it was so nice to stop and rest with a hot cup of tea. 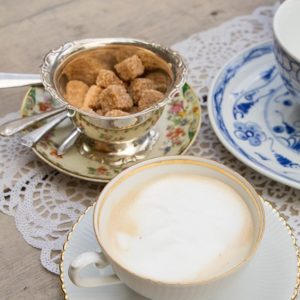 Now, what would a Dutch food tour be if there wasn’t herring?

Oh yes indeed, herring was on the menu. 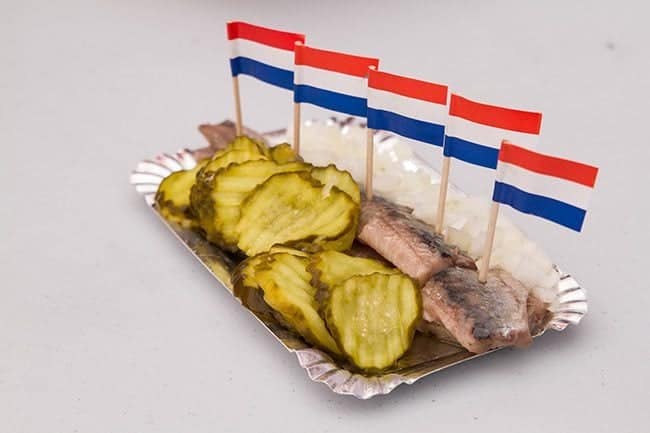 I’d love to claim that the kids tried it on their own, but I totally bribed them. 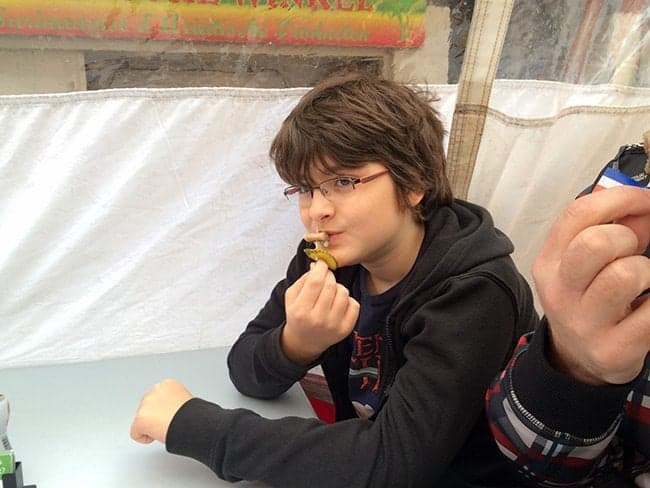 The only thing is, I need to teach them to stop telling people that we bribed them as the twerps excitedly told the entire tour group  how we bribed them into eating a smidge of herring.

Stop giving up my bad parenting tricks child, and eat your herring! I can’t even remember what we bribed them with, but it was most likely extra tablet time. 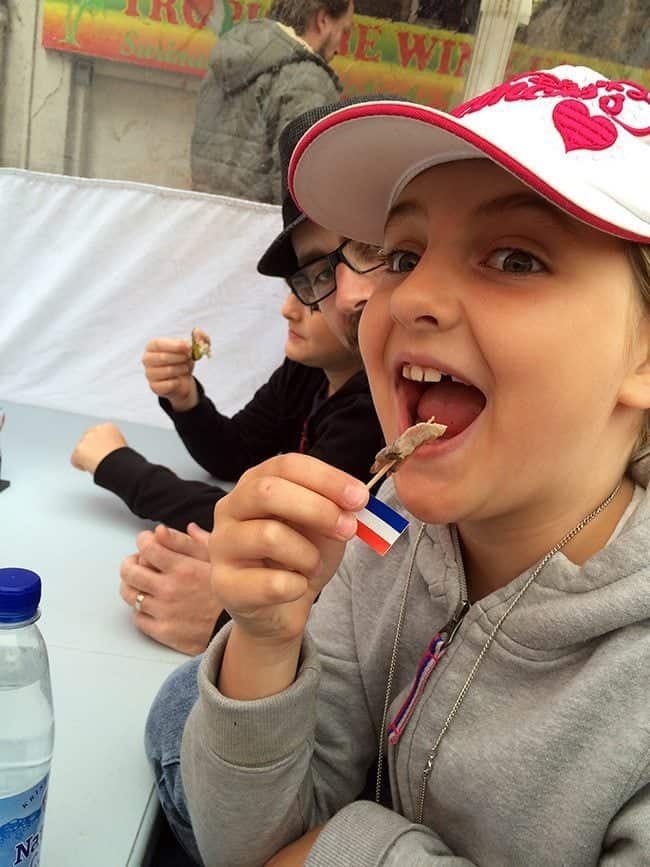 The second tastiest part of the tour for me were the freshly make Stroopwafels. 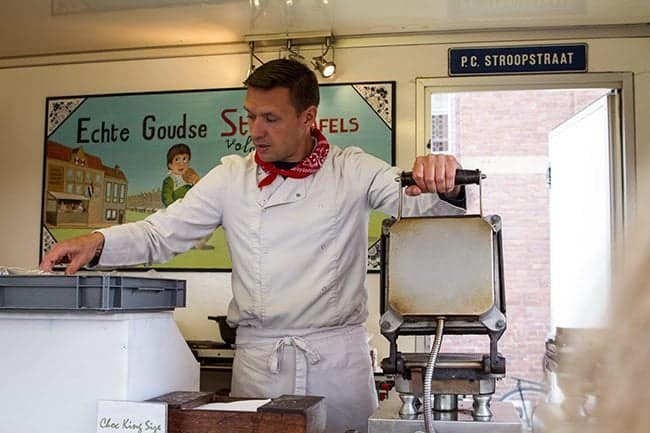 If you haven’t had one of these freshly made, you ain’t living, my friend. I have never really cared for stroopwafels, until I had one fresh from the press.

The drippy, creamy caramel should speak for itself here. 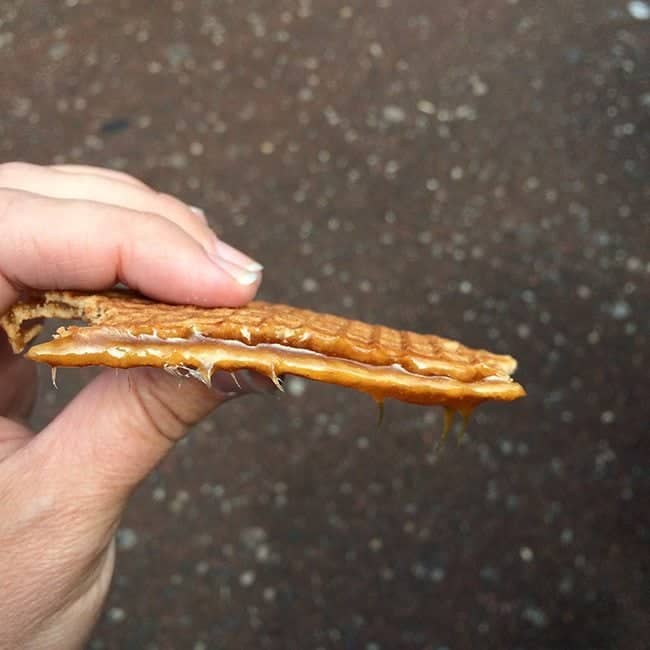 Now my dears, this is only a small, small part of what we ate. I can’t even say that these are the highlights as everything was amazing. These are simply the photos that I liked the best.

I am going to end on my favorite part of the tour, which were traditional Dutch fries. This multicultural jumble of flavors perfectly sums up what the Dutch food culture is, a mash-up of the different nationalities that reside in the Nederlands.

You have onions, traditional Dutch mayo and peanut sauce, all of which culminated in a taste tango that should not work, yet did, and deliciously so. 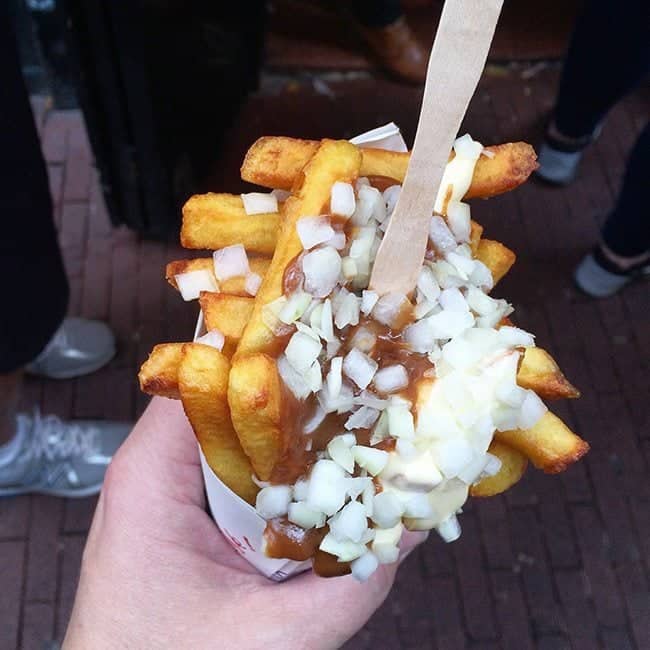 A big thank you to our guide Zoisa, who did an excellent job of taking us through the city and feeding us so well! 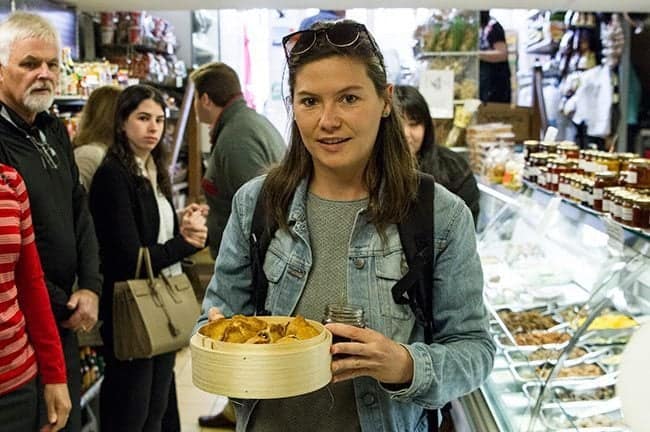 Now it’s time to stop stalling and get back to work on my cookbook!

Love you more than chocolate,