Early one morning we carefully packed up our fishing gear, dropped the kids off with a sitter and hit the highway before the morning traffic rush had even thought about occurring for that day. The tires thrummed steadily against the pavement as we zipped down the empty Alberta highway, anticipation- along with that morning’s coffee-coursing through our veins.

We had been planning a fishing trip with our friend Darcy for quite a while, waiting for all the pieces to fall into place. Everyone had the same time off. Sitters could be found for the children. The weather, our greatest foe for the month of June, also had to finally cooperate with us.

Darcy had been telling us about one of his favorite secret lakes for months now and the excitement that had built regarding this lake was almost palpable in the air that morning, nay, since the night before. Texts had zipped between the four of us going on the trip, Facebook messages popping up, cellphones binging and ringing with the announcements of more information, directions, gear to pack, who was bringing what and when.

Lake X, as I shall call it since it’s not my secret to share, is a remote lake that takes some grit and nerve to get into. You have to travel back roads that usually only see oil traffic, slick with mud and full of holes. You are off the grid literally, as the GPS doesn’t find the roads. There’s no voice telling you where to turn or how to get there, just the directions sent via email the night before.

Once you get there, you’d miss the lake unless you knew what you were looking for, or in our case, Darcy’s big truck parked on the road waiting for us.There’s no dock, no road to the lake, just a mere path that an ATV and a boat trailer can travel. 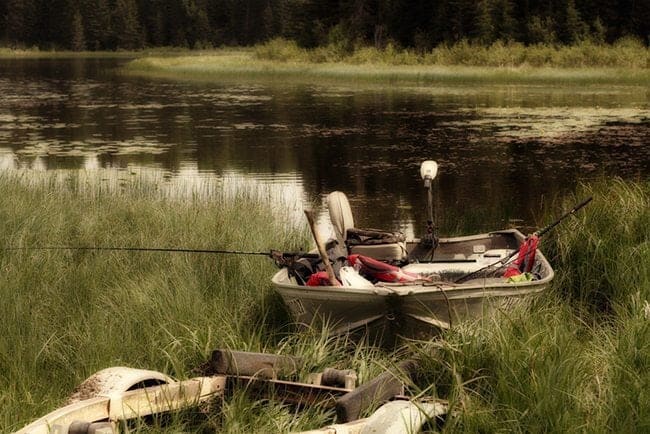 No shore means that you are backing the boat right into the shallows of the lake, through the reeds and muck, then wading through said muck to get into the boat and onto the lake.

I forgot my rubber boots at the trailer, however that wasn’t stopping me. I waded through in bare feet with my jeans rolled up, not allowing myself to think about the giant water beetles that love to inhabit the muck in Alberta ponds and lakes. 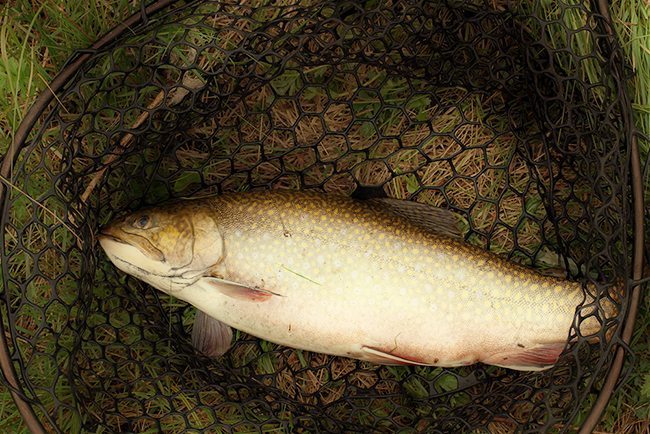 The first trout was landed by my sister a mere ten minutes into the trip and was the biggest of the day. Nearing five pounds of beautiful spotted brook trout colors none of the ones caught after quite compared to it. 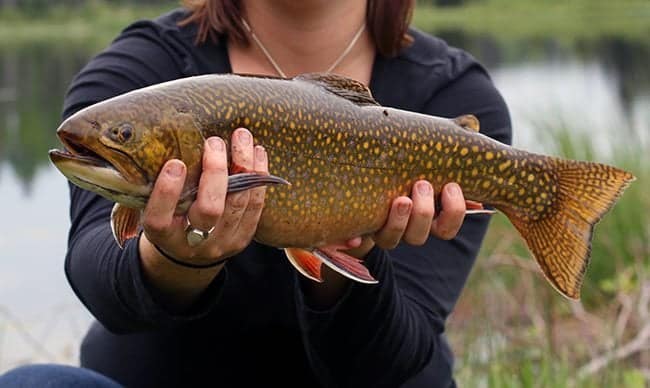 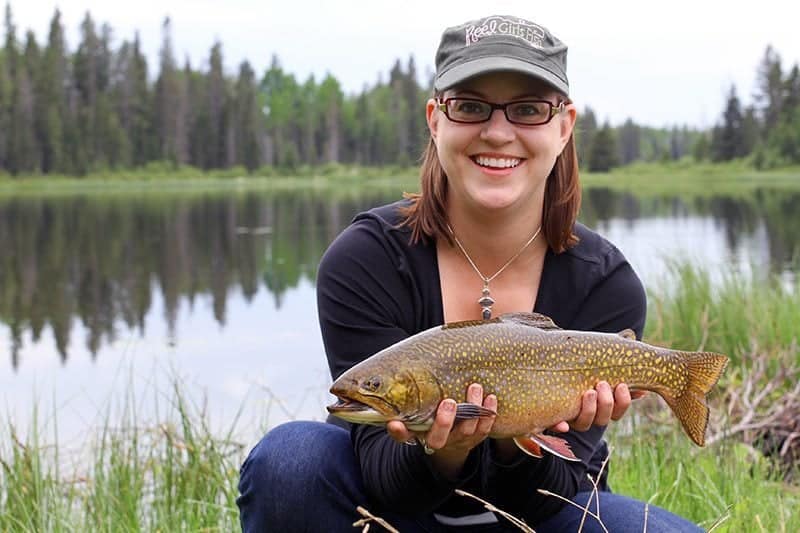 As you can see however, we weren’t exactly hurting for fish that day. 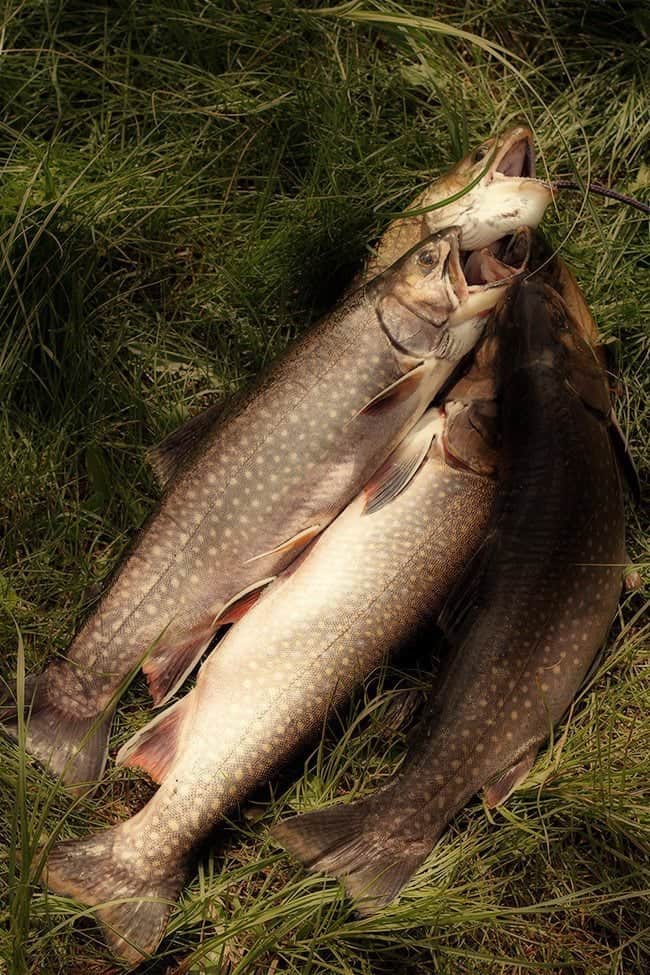 We all landed more than one each and with each we ooh-ed and aah-ed over the different coloring that they had. How beautiful each one was in a different way. Some were very steel colored, like the one my husband caught below, yet still having those beauteous red and blue spots. 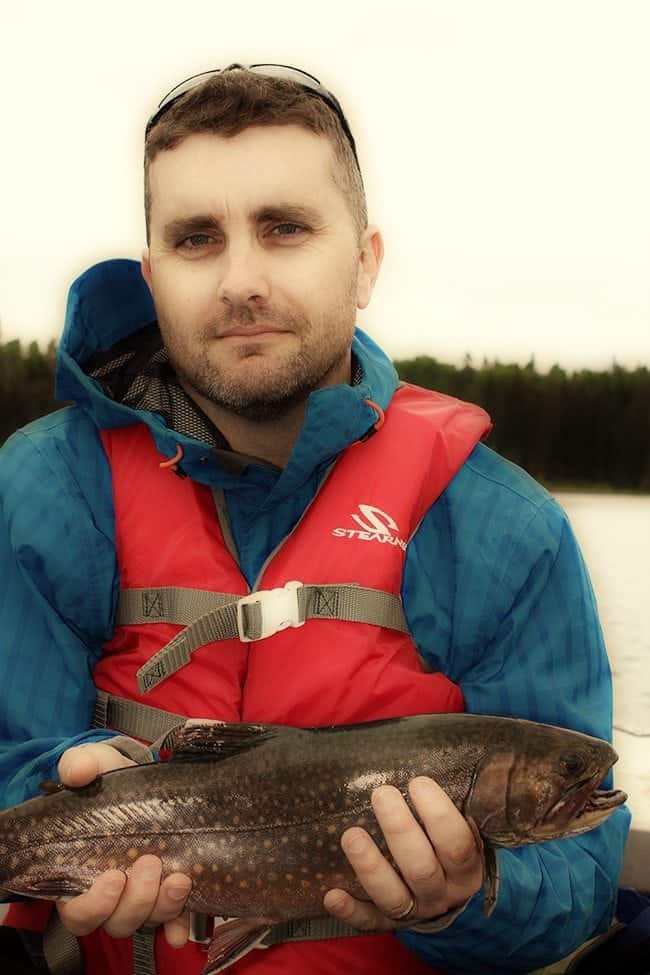 After pictures upon pictures ( I was happy here, really!) it was time for a shore lunch. 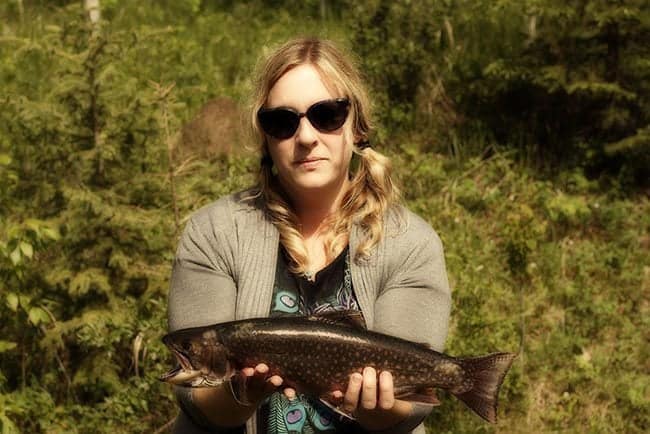 We headed back to shore, stomachs rumbling and mouths salivating at the thought of the afternoon feast ahead. 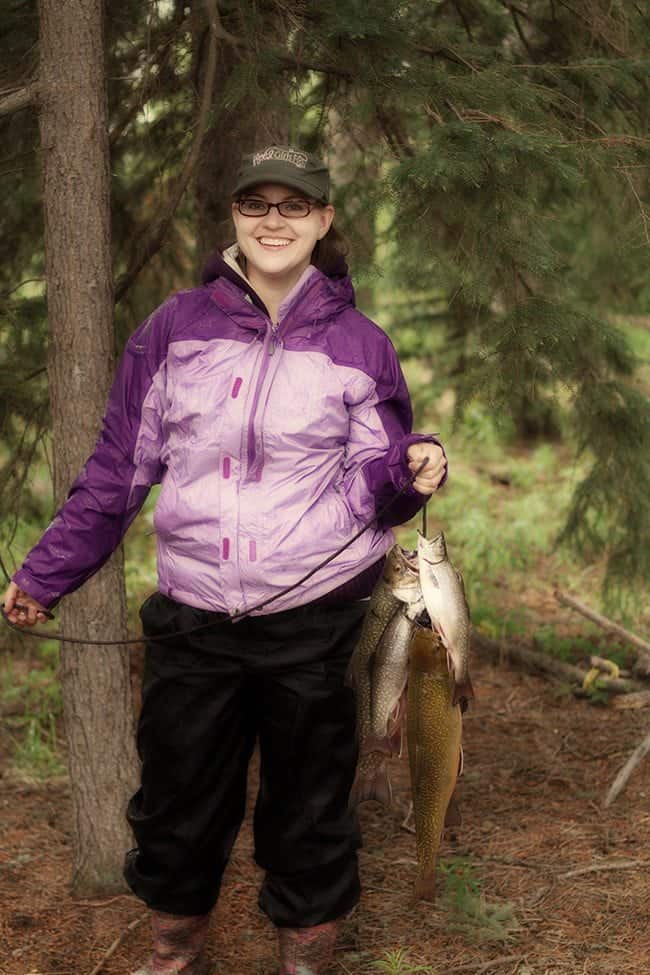 The fish were brought up and out and the small ones were plucked from the string, ready to be prepped. 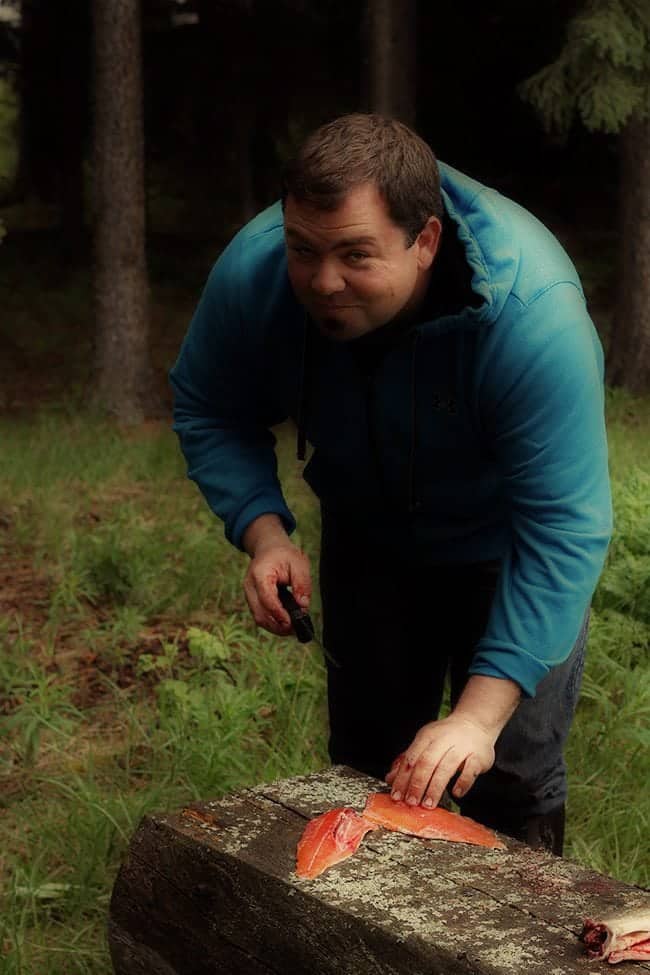 Darcy started cleaning the fish for our lunch – and I finally got a picture of him. He’s a very elusive and sneaky guy, this one. Every time I had a picture of him his head was turned the opposite direction. I warned him that now that I know his tricks, there will be more pictures of him next time.

And that shore lunch?

Well.. that’s just a whole ‘nother story for next time folks! Stay tuned for the second part of this adventure!