A Canadian Food Hero: My Dad 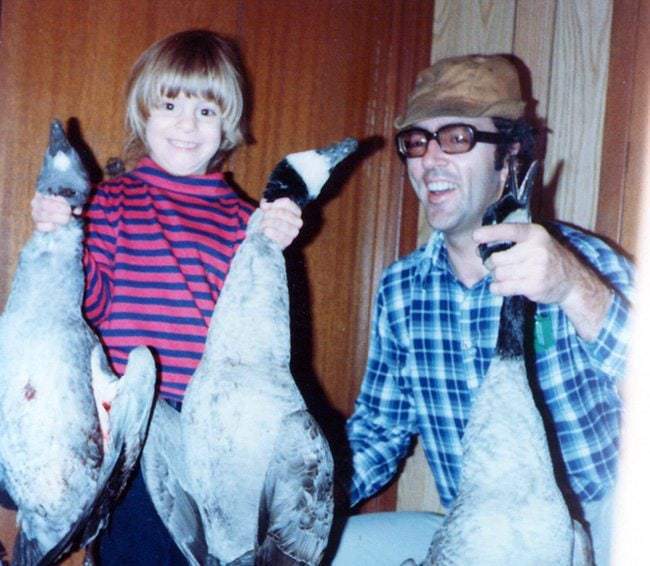 This month’s Canadian Food Experience post was not an easy one for me. I’m late with it by about three weeks and that’s simply because I was truly lacking in inspirations. I have a hard time equating the word “hero” with much that is being done in food, to be honest, because of my wee cynical nature of all things “trendy” and the fact that hero is such a strong, powerful word that in my opinion should be applied very sparingly and when it is used, only to those who truly deserve it.

The word hero evokes word associations such as admiration, adoration, emulation and role model. Finding someone who lives up to those words was pretty much impossible.

Of course I admire and love a lot of what people are doing in the local Edmonton food scene, don’t get me wrong! We have amazing people doing beyond amazing things.

Phil from Baconhound has it right, he honoured the volunteers behind the scene at Edmonton food events. Bang on. Selfless acts, giving of time, no money made from their endeavours and just the sheer love of what they are doing for other people.

That’s a hero in my books.

So after weeks of thinking – even though I was late with this project – I knew I had to get it right and write about something that mattered.

This past week cemented what was already swirling around my grey matter regarding my choice.

My Dad is unequivocally my regional food hero. The region that he represents is the Canadian Prairies as he’s lived in Manitoba and Alberta and is a hero in both regions to me.

For as long as I can remember, our household was one filled with everything to do with the outdoors.  My dad was an avid outdoorsman and involved all of us kids from a very early age. 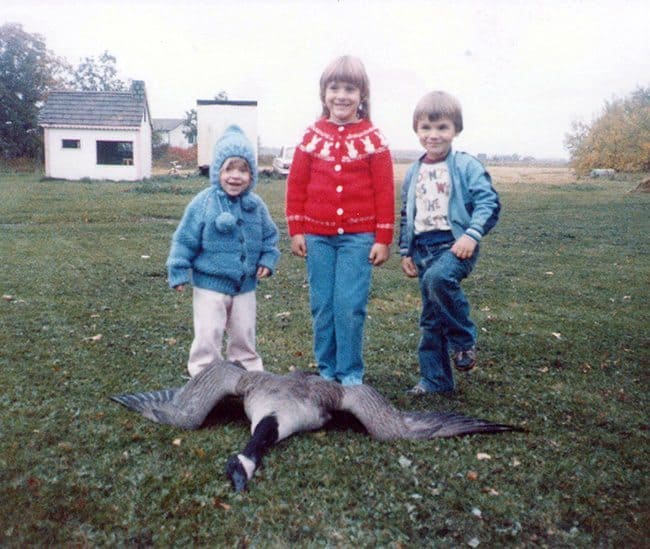 As you can see from my excitement, wild game that was brought home was a very special time! We celebrated and exulted with Dad when he brought home the latest animal to fill our freezer for the winter.

Oh, I can taste the moose steaks and sausage that used to fill our young bellies, there is simply nothing like it. 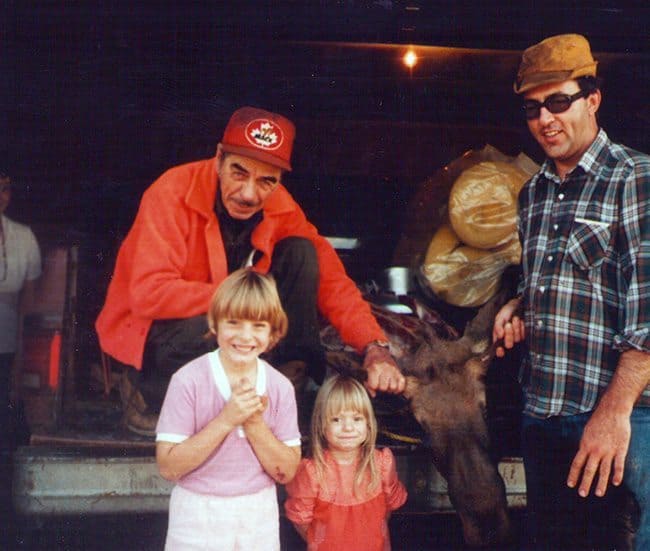 However Dad didn’t  just hunt like most men of his generation, he was involved in so much more.

He was into bee-keeping long before it became the trend it is now. We had fresh honey and honeycombs from the hives on our acreage. Mom and Dad both worked so hard to process the honey and they also sold it as well on the side.

We had real ducks in our duck pond and we are talking a special licence to have mallards, not tame ducks.

We had a dugout on one acreage that Dad stocked with rainbow trout to catch and eat whenever we pleased.

Nirvana for children is what it was, with the whole outdoors as our playground and indeed, brought right into our backyard as well.

I don’t think I can even come close to providing my kids with the amazing childhood I had, but it’s something to aspire to. 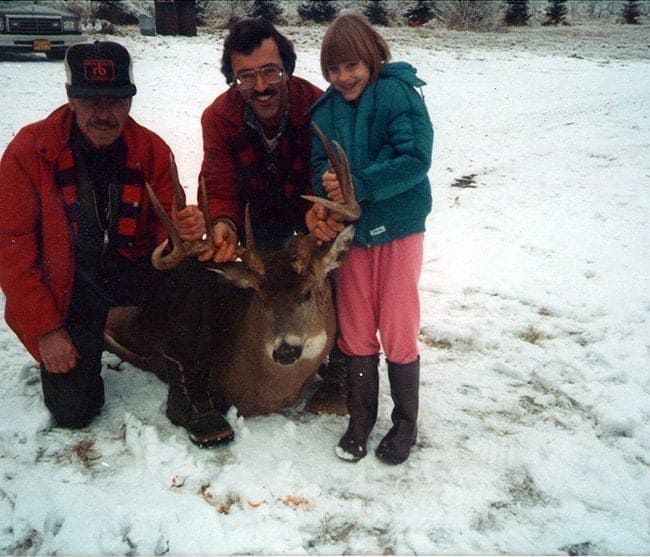 What makes him a hero is not only that he took part in a pastime that he enjoyed and provided a bounty of wild food for his family, he selflessly passed on his love of the outdoors to all three of us children. Each of us grew up with a respect for nature and reverence for animals that can only come with the true bond of being connected to the land that feeds you. That intricate bond is one that can only be forged with years of knowledge and skills being passed on from generation to generation with not just talk, but action. 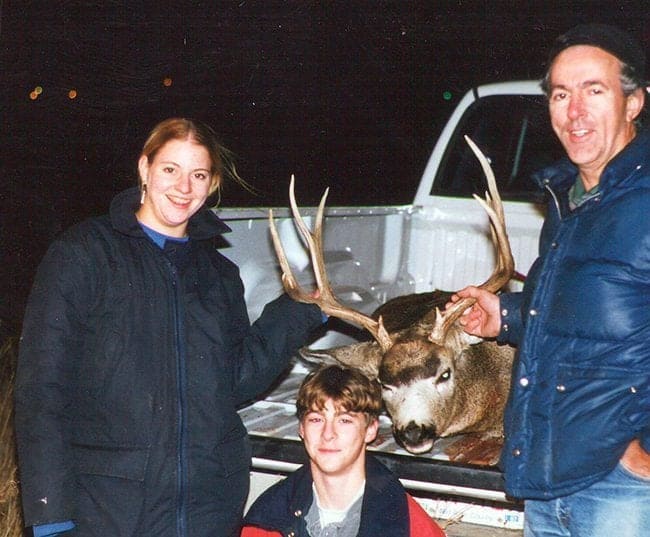 Teaching three children outdoors skills plus how to hunt and fish-  and teaching two girls as equally the one boy- takes patience, time, determination and is a labour of love like no other. It’s incredibly hard work as I have learned this past year and I have only reached the stage where I am teaching my children to fish and basic gun safety!

My sister said that one of her fondest memories was waiting for Dad to get home from his hunting trips. He would tuck us into bed with stories of his adventures. We would live for those stories. Forget Goldilocks and the three bears, we wanted to hear Dad’s hunting adventures! 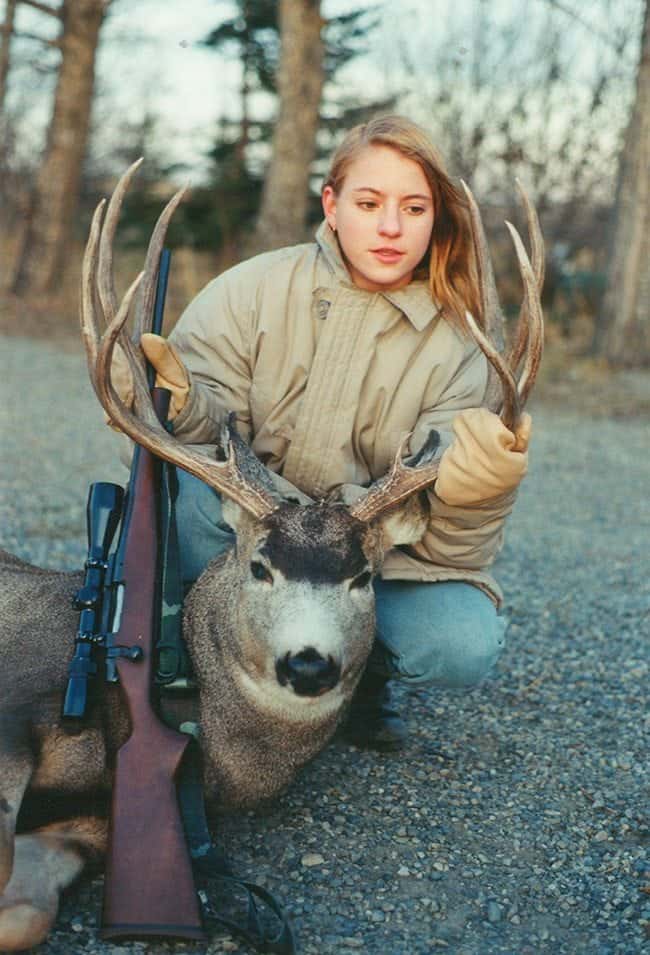 To hunt for enjoyment is common, to selflessly pass it on to your children and grandchildren is not.

Dad – and a lot of his generation – were way ahead of us.

Let’s face it; everything that we are doing today, all these “urban homesteading” trends, the chickens in backyards, the bee hives in backyards….

..they’ve all done it  before. Heck, they didn’t even do it first, they’ve just been keeping up the tradition.

I have remarked within my family that if I ever used the term “Urban Homesteading” within earshot of certain uncles of mine, I would be mocked until the end of time and for good reason.

It may have trendier name tags to it nowadays, but it’s still the same thing that my Dad has been doing for years.

We just like to think we are hip with our cool names for it. 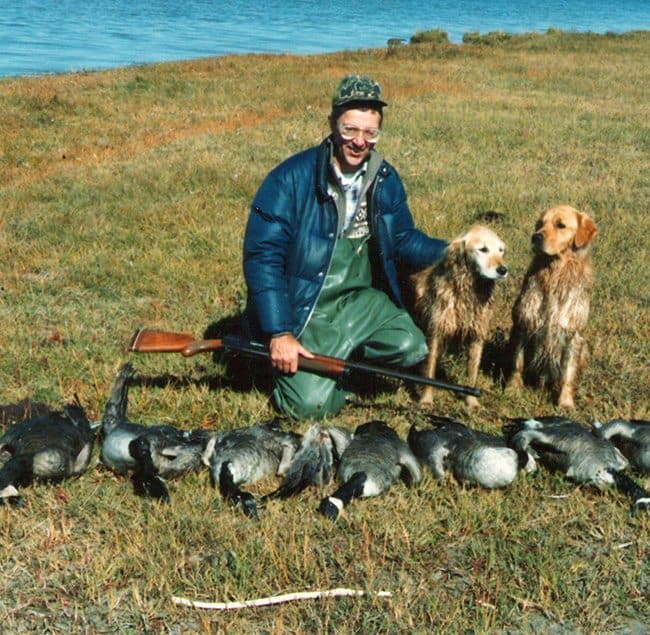 My Dad and counterparts of his generations are the ones that we need to be thanking. They are the generation that has passed on their skills and knowledge to us and it’s up to us to carry the torch.

My Dad also hasn’t stopped passing on his knowledge and skills. See the shotgun in the picture above?

We were out practicing shooting clay pigeons with it this week.

Dad, of course, picked it up for the first time in years and nailed 2 out of 3 clay pigeons. My sister and I are just learning how to shoot shotguns as adults never having hunted with them before.

As a parent now I can appreciate on a deeper level what my Dad has done. It goes without saying that he’s most worthy of admiration, adoration, emulation and is a fabulous role model which not only  makes him a regional food hero in my books, but the best Dad ever.