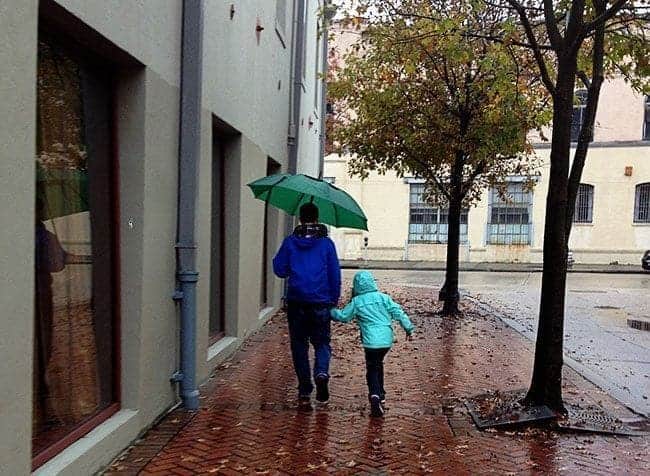 1)  You aren’t in the French Quarter

I know, I know, the French Quarter is where it’s at! Well, perhaps if you are in your twenties. It’s a great place to visit, not so much to stay. If you have your own vehicle, don’t even think about it. Parking is expensive, hard to come by (a lot of hotels have none at all available and if they do, it’s already taken) and driving in the French Quarter? Don’t get me started. I’ve never seen smaller, narrower streets filled with more people, ever.

These two highly rated sister restaurants are smack dab in the middle of the Warehouse District, Cochon being a more fancy eatery for your night out with your sweetie and the other one more casual sandwich/charcuterie fare. They are on the same block sharing the same building even! The Cochon Butcherie is on my Must Eat list for New Orleans.

Yeppers, a mere few blocks away and you can find a hotels for a lot cheaper. We paid $150 a night to stay at the Springhill suites by Marriott for a large room that could sleep six people. It’s not the fanciest of places but there are many great hotels to stay at in the Warehouse District. I don’t do fancy with my kids often.

4) You are within walking distance to streetcar lines.

The streetcar will take you places, my friend.

Not only are the lots cheaper, but we could self park at our hotel for a mere $25 a day. (No really, that’s a good price. Seriously.) Valet parking is usually the only option in the Quarter and don’t even ask what it costs. Day parking in a lot right nearby if you didn’t have a hotel spot? Ten bucks for the whole day. Sweet.

For real, there were so many families walking the streets and large groups of people heading to and from the Convention Center that we had no worries about walking with the kids in the early evenings.  It was well patrolled by the local police and generally we felt fairly at ease in the area, which can be hard when you’re in a strange city. Just be street safe and smart like you would in any other city. Take this with a grain of salt, we are out at the hours when families are out,  I don’t think anywhere is especially safe at 2 am.

Mulate’s, Emeril’s, the aforementioned Cochon sister restaurants, there are SO many places to eat that do not require you to wait in huge line ups which is generally unheard of in the French Quarter. This was probably one of my most favorite things about this area. Need your morning Starbucks? Welcome to one that doesn’t require you to fight the crowds.

8) The Children’s Museum of Louisiana is within walking distance and art galleries abound!

We walked three blocks to spend a morning at the Children’s Museum, which was fantastic by the way. There are a multitude of other ones including the National WW2 museum. Plus let’s not forget all the galleries on Julia street!

9) The Warehouse/Arts District is so easy to get around.

The streets are wider, it was under less construction with less road blocks/closures and the traffic is about 1/4 of what you get in the Quarter or even the Garden District. It is such a less stressful place to drive and to walk!

10) The hub and buzz of the French Quarter is still close.

I loved that we were close enough to visit the French Quarter daily, but still breathe a sigh of relief when we left that very busy, very overwhelming area for the day and headed back to the Warehouse District. I also loved that if we want to pop to the Quarter, it was a short trip, like when we (and by “we” I mean “I”)  all of a sudden had to head to Stanley’s for dinner one night. It truly is the best of both worlds!