NAIT Chef in Residence Luncheon With Chef Lynn Crawford- And You Can Join Us! 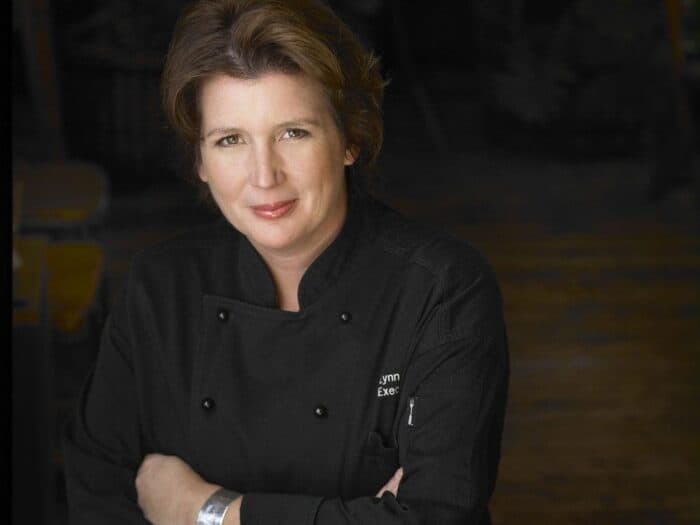 Every year I am excited to see who NAIT is going to have as their Chef in Residence and most people involved in the culinary side of Edmonton are waiting right along with me. The Chef in Residence program at NAIT is an incredible time of year for the culinary students, they have the rare chance to learn hands-on from the best chef’s in North America, something that can only be yearned for by most people.

Every year I also cross my fingers hope that I am going to be able to attend the luncheon that they put on at the very start, because every year that I have been invited I have had a conflicting event or have been out of town, as March is a crazy month for us.

This year, however, I CAN GO! And my darlings, I can take two of you with me! I am so very excited to see a female chef – finally- being the selected Chef in Residence for NAIT, something that thrills me to no end!

Who wants a date with myself and Valerie from A Canadian Foodie at the amazing Lunch With Lynn event? Lynn will be preparing a three-course luncheon,  “Lunch with Lynn” at NAIT Ernest’s Restaurant on March 13 from 11:30-1:30 and NAIT has generously offered to bring along one of my readers and their date!

Not only that but if you are set on attending and don’t want to take your chances on winning,  a limited number of tickets to Lunch with Lynn can also be purchased starting March 3 at 9 a.m. Tickets must be purchased in person at Ernest’s and are $75 each. For more information please visit : https://www.nait.ca/44526_90842.ht.

To find out more about the Chef in Residence program, I’ve included the press release below.

Edmonton, AB (Feb. 11, 2014) – Food Network celebrity chef and celebrated cookbook author Lynn Crawford has been named NAIT’s 2014 Hokanson Chef in Residence. The chef in residence program, now in its sixth year, provides students in the School of Hospitality and Culinary Arts with a rare opportunity to learn firsthand from the best chefs in North America. “The Hokanson Chef in Residence Program continues to give Culinary Arts students and faculty the opportunity to experience the talents and philosophies of our visiting chefs,” said Perry Michetti, associate dean of the School of Hospitality and Culinary Arts. “Having Lynn Crawford as our 2014 Hokanson Chef in Residence is simply brilliant! She brings an incredible amount of knowledge, experience and passion.” This year’s residency runs from March 10-14, 2014.

“I’m honoured to be part of the Hokanson Chef in Residence program and spend a week working directly with NAIT students and learning from the experience,” said Crawford. “I look forward to sharing my experiences and philosophies with these up-and-coming chefs.”

Crawford was the first female Canadian invited to participate in the Food Network’s Iron Chef America. This year the battle continued as she competes on Top Chef Masters Season Five. Crawford is one of the judges on the Food Network show Chopped Canada. She also starred in the Food Network show – Pitchin’ In, which follows Crawford as she visits farmers, growers and fishermen across North America in search of the freshest and best ingredients. Throughout her journey, she takes on any challenge, relying on locals to show her how it’s done. The show inspired Crawford’s first and best-selling cookbook, Pitchin’ In: More Than 100 Great Recipes From Simple Ingredients. Her second cookbook, At Home with Lynn Crawford, was released in September 2013. The Hokanson Chef in Residence program kicked off with Canadian celebrity chef Rob Feenie in 2009, followed by David Adjey in 2010, Susur Lee in 2011, Massimo Capra in 2012 and Chris Cosentino in 2013. The program was made possible as a result of a generous donation from John and Susan Hokanson.

Enter below and good luck everyone! This is open to anyone in the area who can attend!